After a ride of 5 km we finally reached the border crossing of Belarus.
We actually were about afraid of this part as we had read about several experiences where the Belorussian border officers had been rude and very strict. However, this did not happen when we crossed the border – they have all been very friendly, even though the communication was again a bit difficult. 😉 We didn’t have to show any further documents as they already had everything they needed with our visa. Only a small lovely dog tried to check our bags for drugs and then we were already in Belarus. 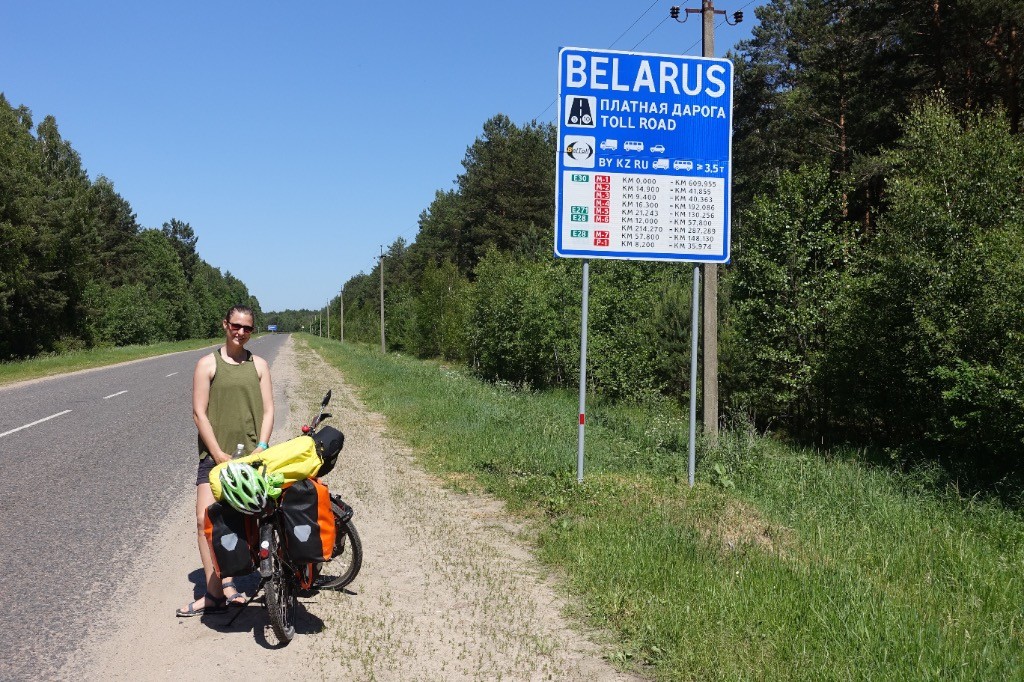 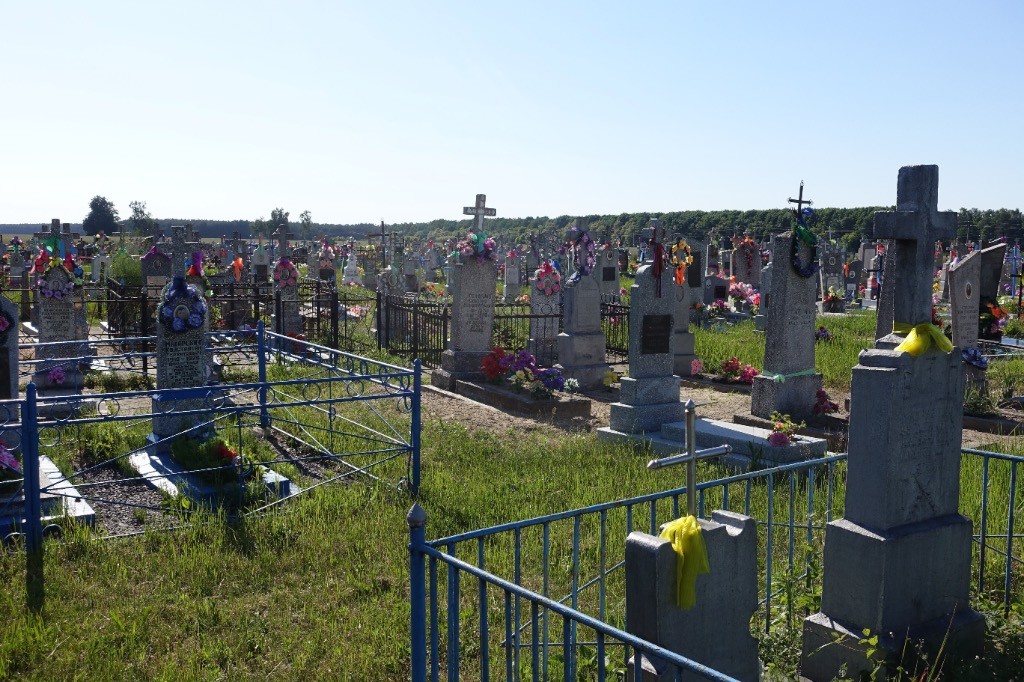 By that neither the landscape nor the architecture really changed, even the roads were in parts as bad as the ones in the Ukraine. Especially when we happened to ride on sandy roads – which is pretty hard on a bicycle – we were extremely amused.

When we found WiFi in Pinsk we had to conclude that we could not stay with the couchsurfer we wanted to, so we had to search for a hotel instead. When we found one which was pretty expensive – especially compared to the Ukrainian prices we had before -, we took it anyways as we really needed to take a shower. Also the lobby looked pretty good…however, the lobby and the “restaurant” had been the only two rooms which had been renovated within the last few centuries. Our room was very old and horrible, also we heard the disco sounds and drunk people from the “restaurant” all night long.
But in the morning we could have breakfast there right next to one of the poles which had been used just a couple of hours before. 😉
The breakfast was the usual: cabbage, saussages and eggs – and the hotel employees watched us hanging around on a couch. They did not even stress themselves to leave the couch when the guests didn’t have any plates. ;-b 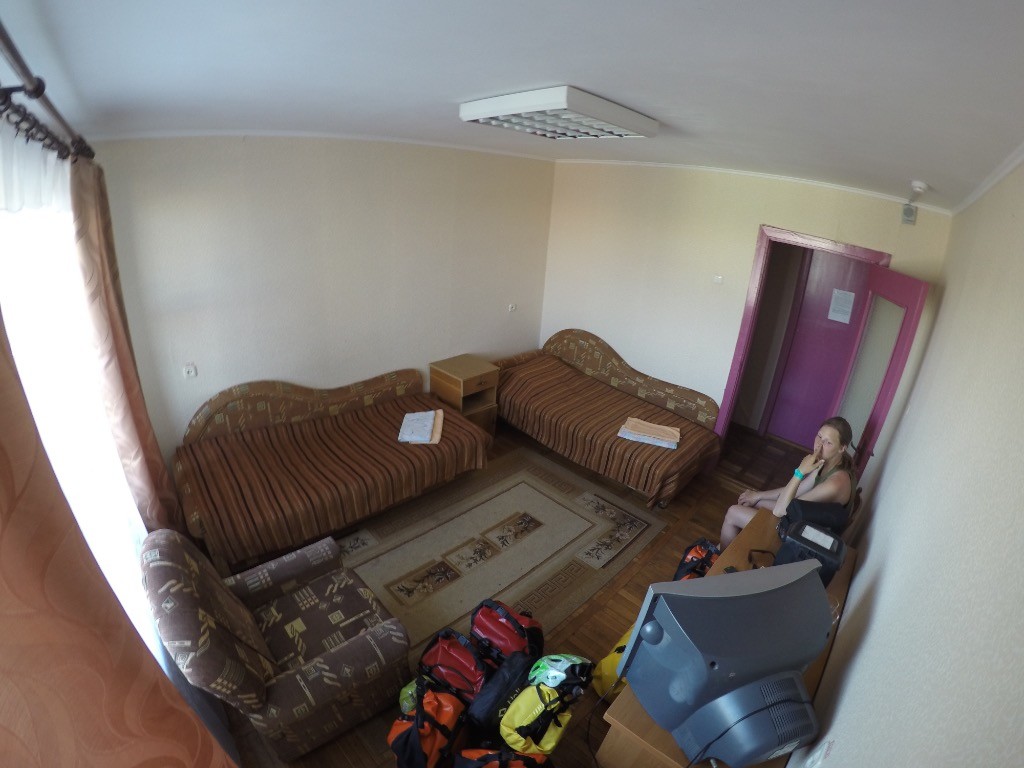 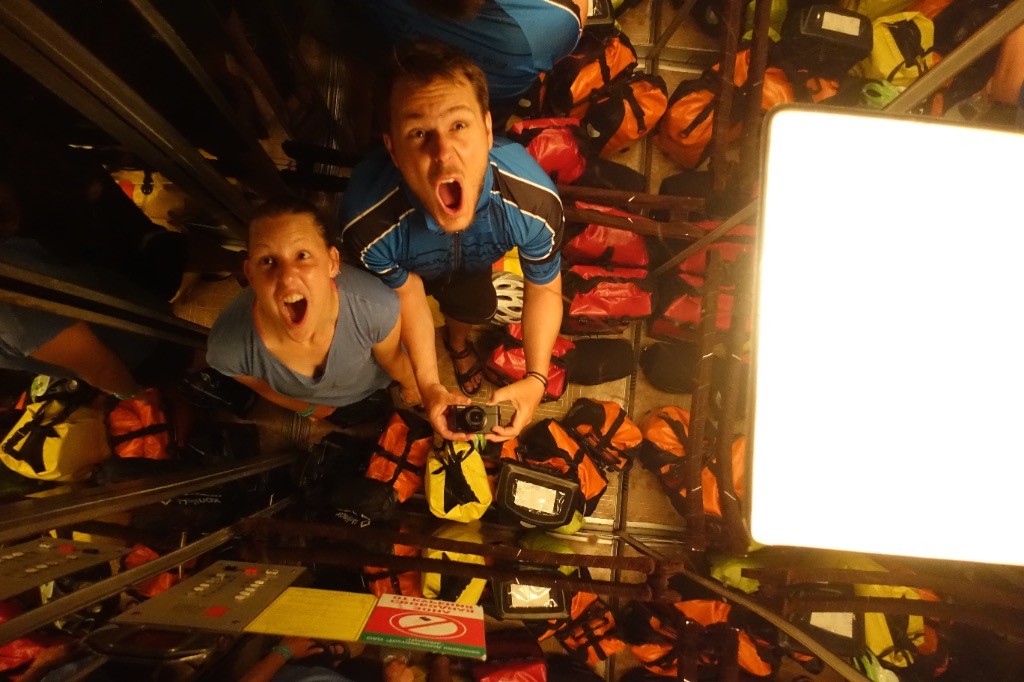 the elevator of this great hotel 😉

After this pretty negative hotel experience we decided to camp the next days.
But it should turn out differently. When we had a break at a bus stop, a car stopped and a man stepped out telling us in Russian that what we are doing is really great. And after some time he even told us to stop by at his place to visit him and his family. As the place was only about 50 km away and we had time anyways we decided to really go to Telehani. Andrej and his son Valentin were already waiting for us on their bikes 4 km prior to their city, showing us the way to their place. There we could take a shower, his wife Galina cooked for us and we could even sleep. Although the communication was a bit tough and mostly worked through pantomime (Andrej is a real master of it) and Google Transalte it had been an entertaining evening – which placated us a bit with Belarus. 🙂 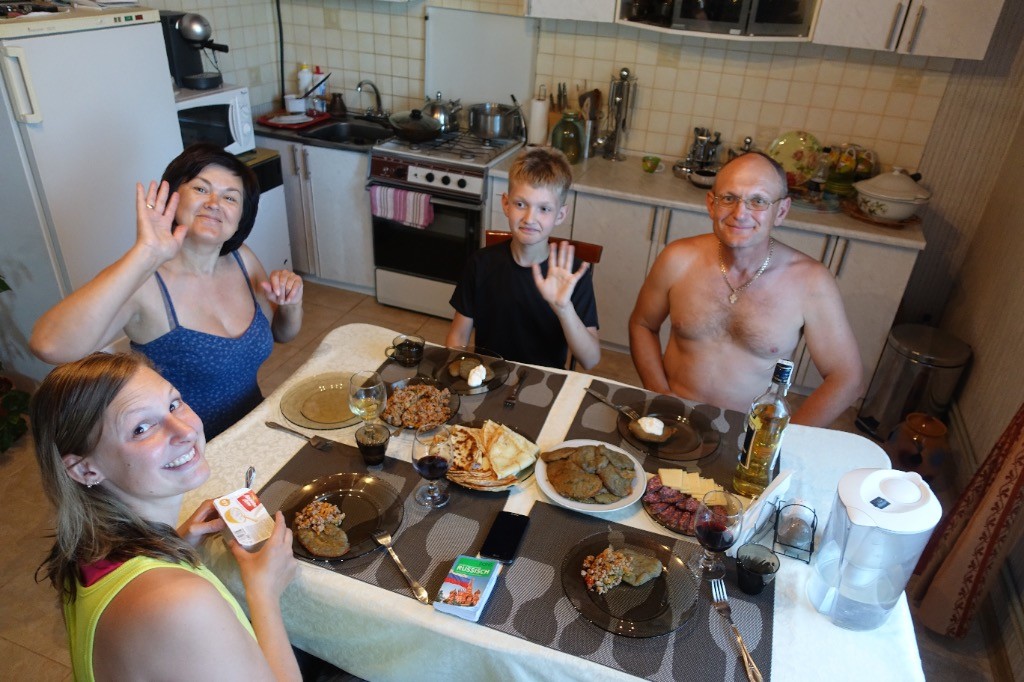 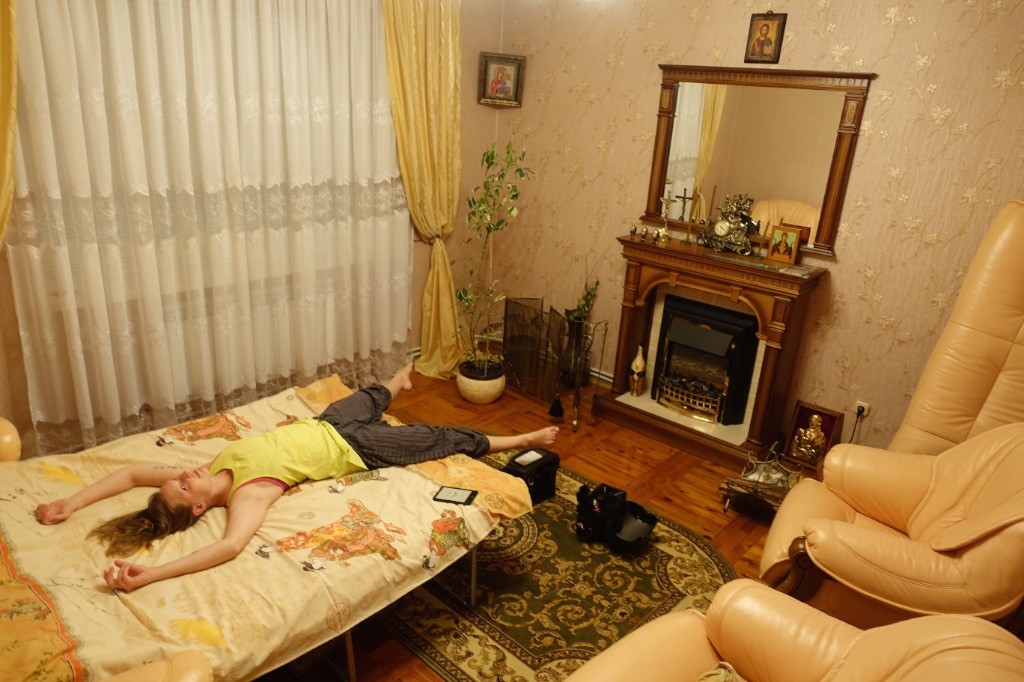