Somehow we were really glad when we were picked up from our hotel and brought to the bus terminal in Phuket. As always the organisation didn’t really work. No idea what it is with the Thais, whether they are just making fun of us or if it’s worse…

The twelve hours of bus ride were pretty uncomfortable as the road was extremely bumpy and the seats were not comfortable at all. Therefore we didn’t sleep much but still weren’t that tired when we arrived in Bangkok at six in the morning. When we arrived at our accomodation we were pleased: Nearly every place looks nicer in the early morning. A fresh wind surrounded us while we were waiting for our room to be ready.

Then we went searching for bicycle boxes as we needed some for our flight to New Zealand. Found!
In the evening we had a special engagement: Alexandras friend Zeissi and her boyfriend Markus were in Bangkok too, so we definitely had to meet up. Good thing they were staying at a place nearby, therefore we could hang out until late in the night. It was funny, very funny, maybe even too funny for Alexandra as she didn’t feel too good the next day. 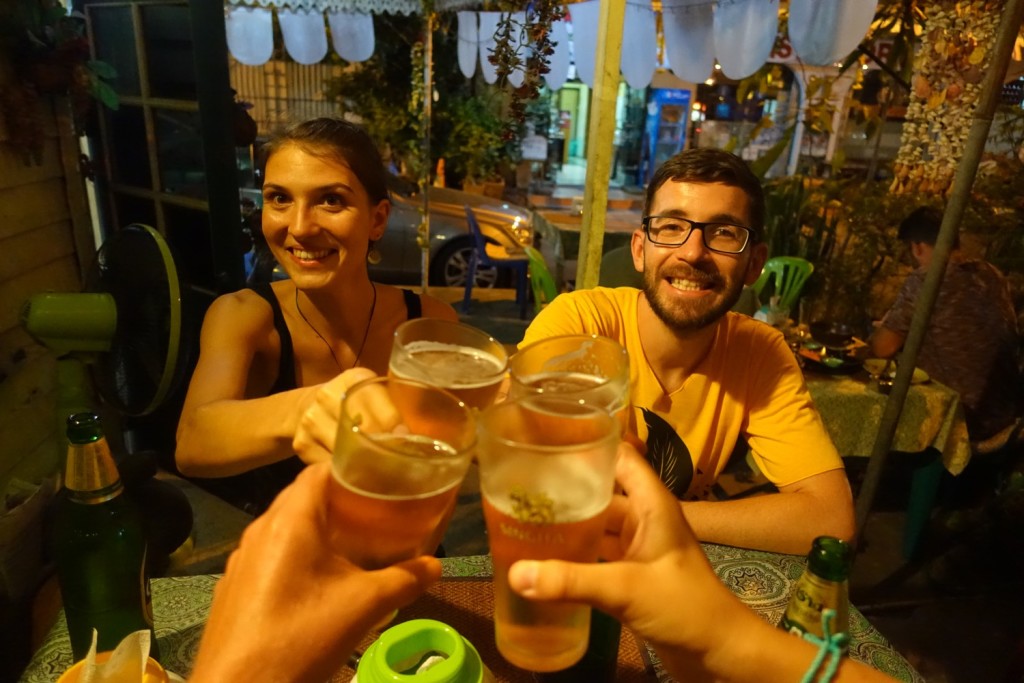 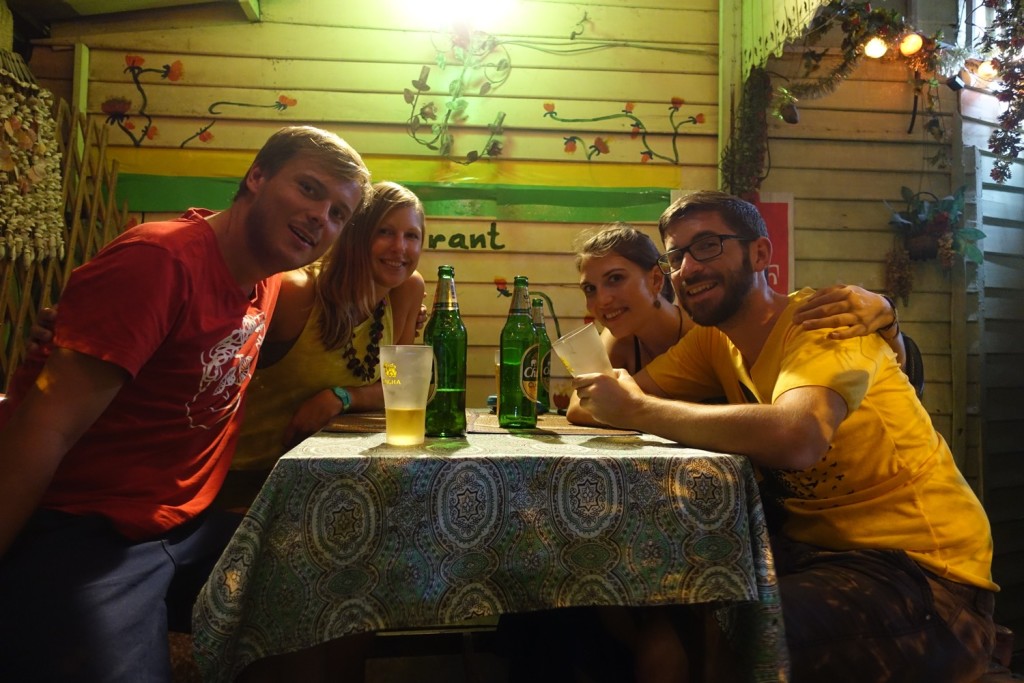 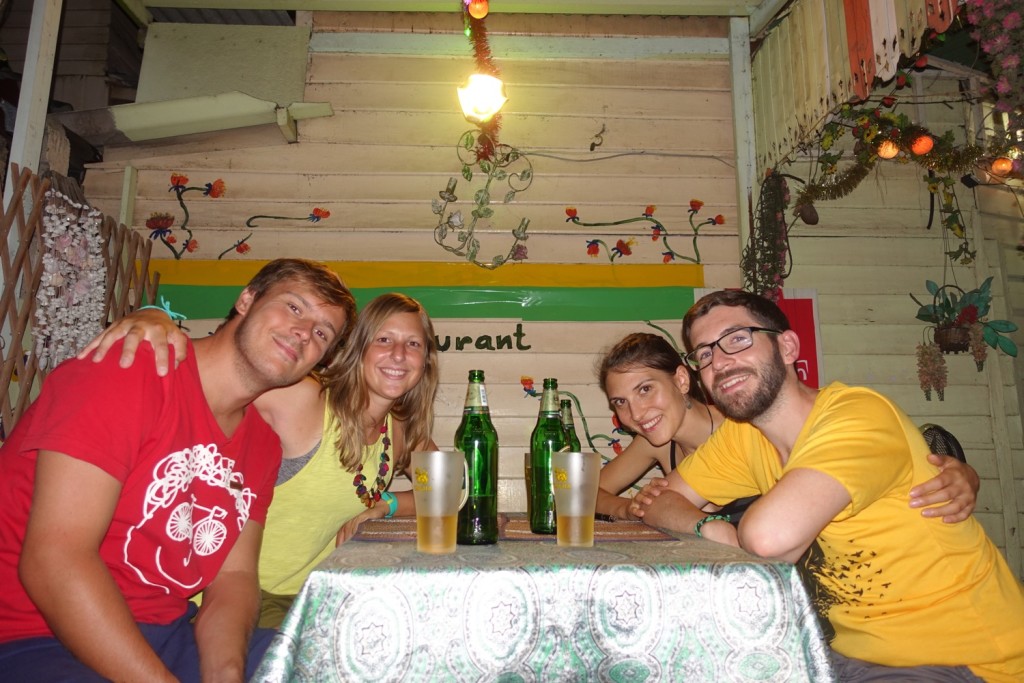 The next morning together with Zeissi and Markus we went for breakfast and to look at the monitor lizards in the canal nearby. Bizarre animals! 😀
And then we had already to say goodbye to them as they were flying back home to Austria. Thanks again for your company, we had a really nice time! 🙂 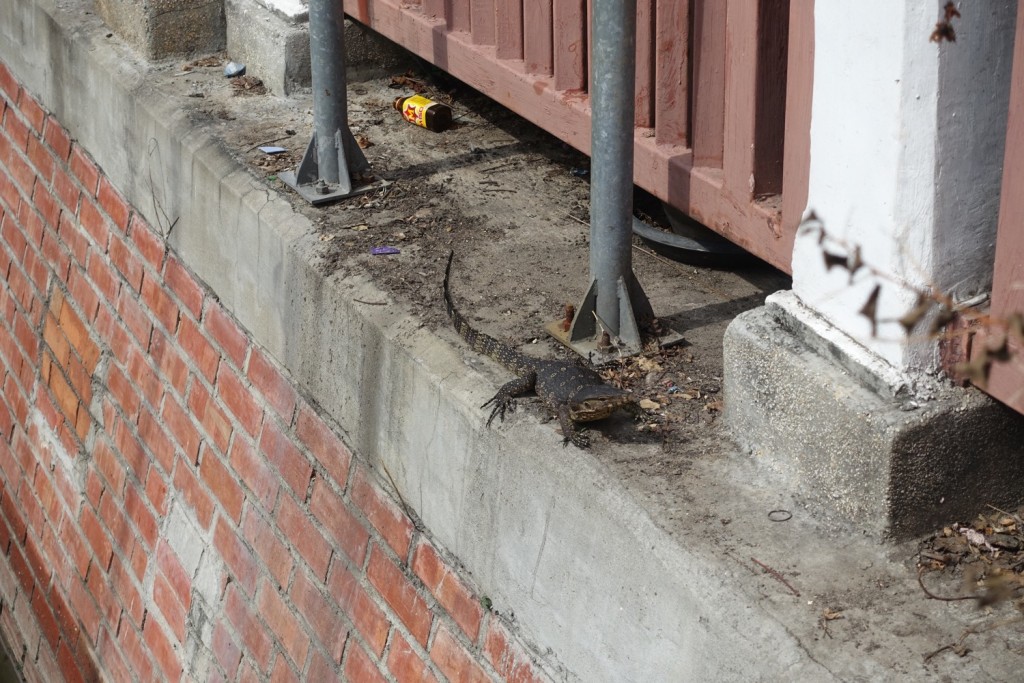 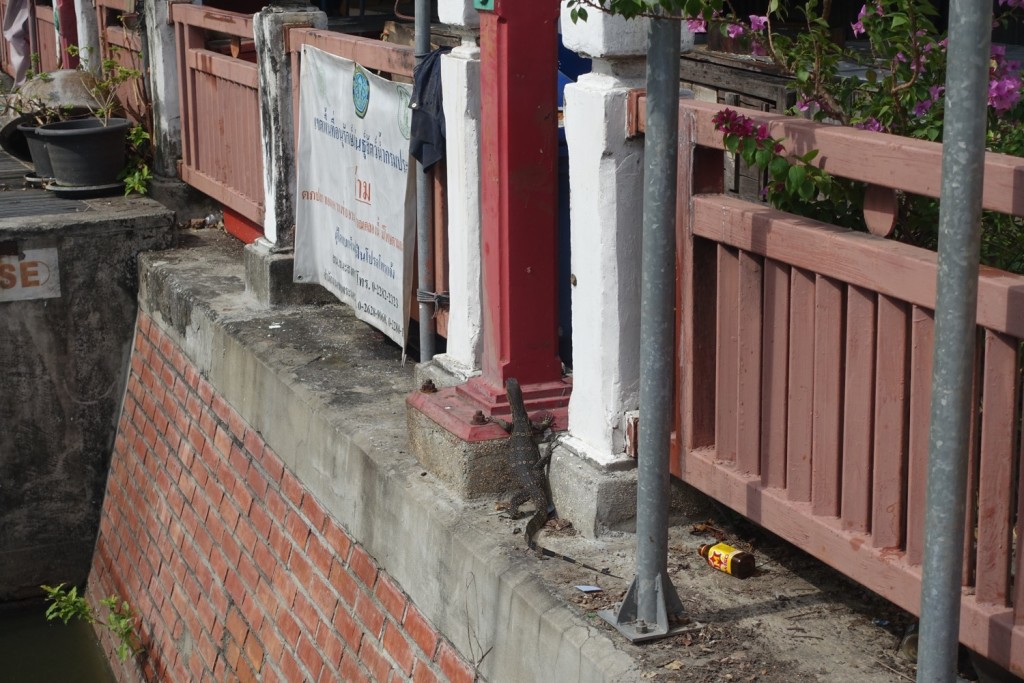 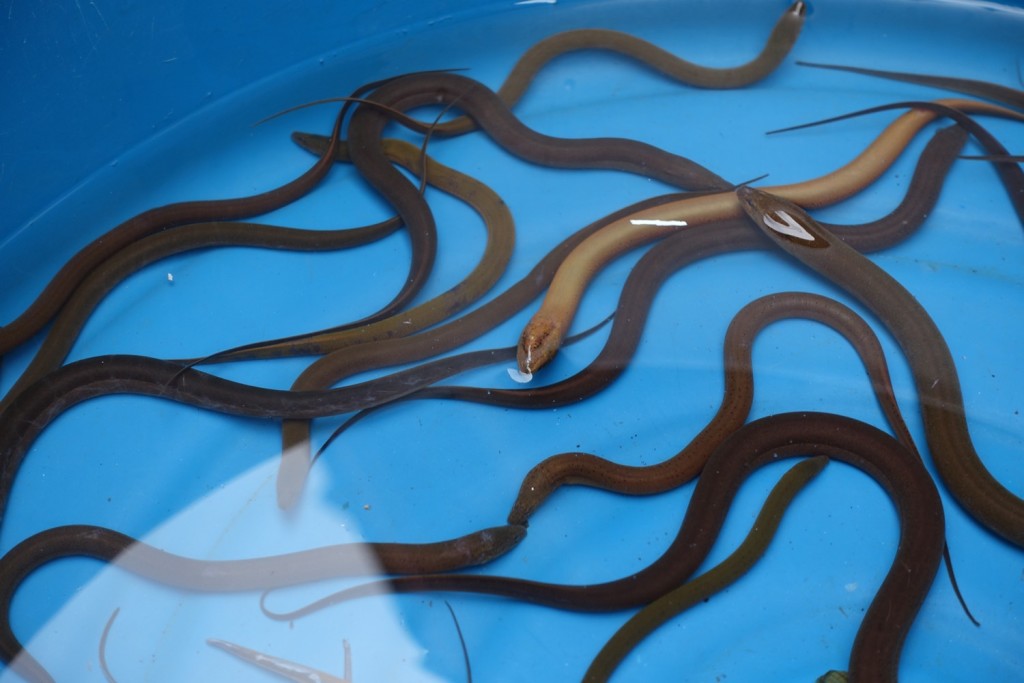 The last days we had to use for some organisational stuff. We had to buy some presents and transport boxes for our bicycles. As we couldn’t find bigger ones than “XS” or “S” we had to take as many things off the bikes as possible to be able to put them into the boxes. 😀 Then we ordered a bigger taxi and finally everything was done. So we had some time to watch the latest Star Wars movie on our last evening. 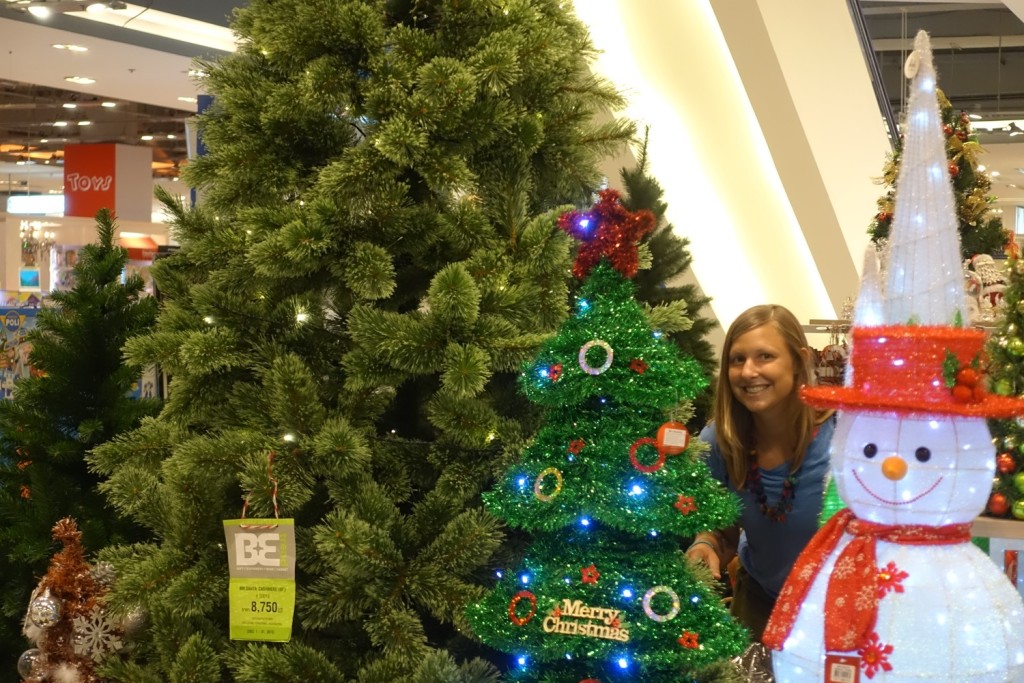 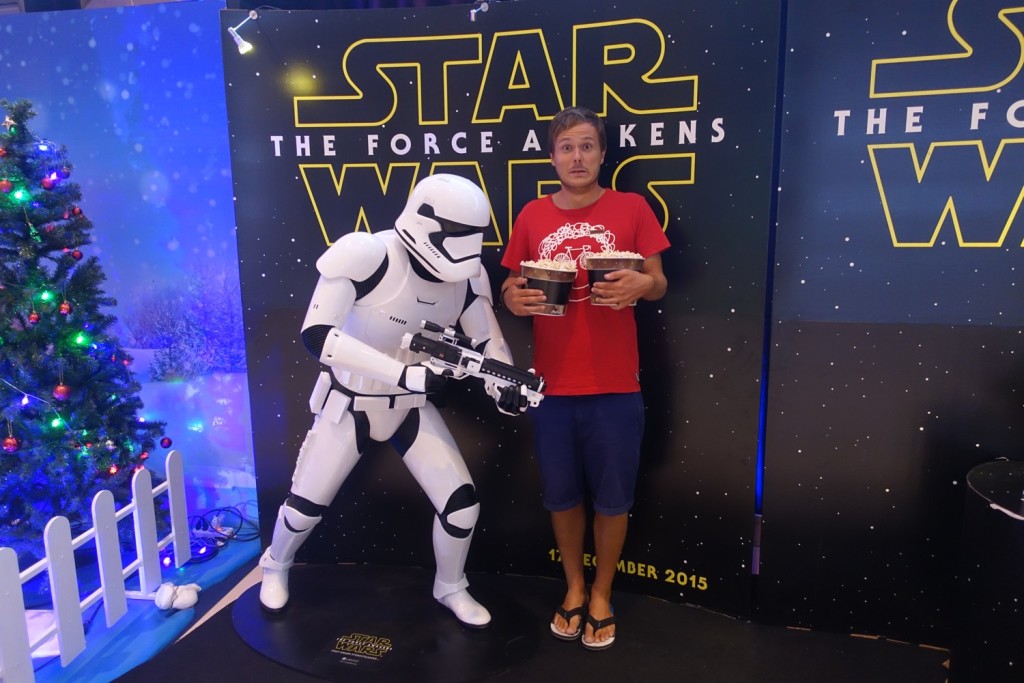 The next day Stefan had some more Pad Thai, then we were off to the airport where everything was clarified pretty quickly. We only had to hand in our bicycles at the “Oversized baggage check in” and then we were free for a couple of hours. The fact that Alexandra had lost her “immigration card” for Thailand wasn’t any problem at all, she just had to fill in another form. And finally, after 44 days we were out of Thailand. 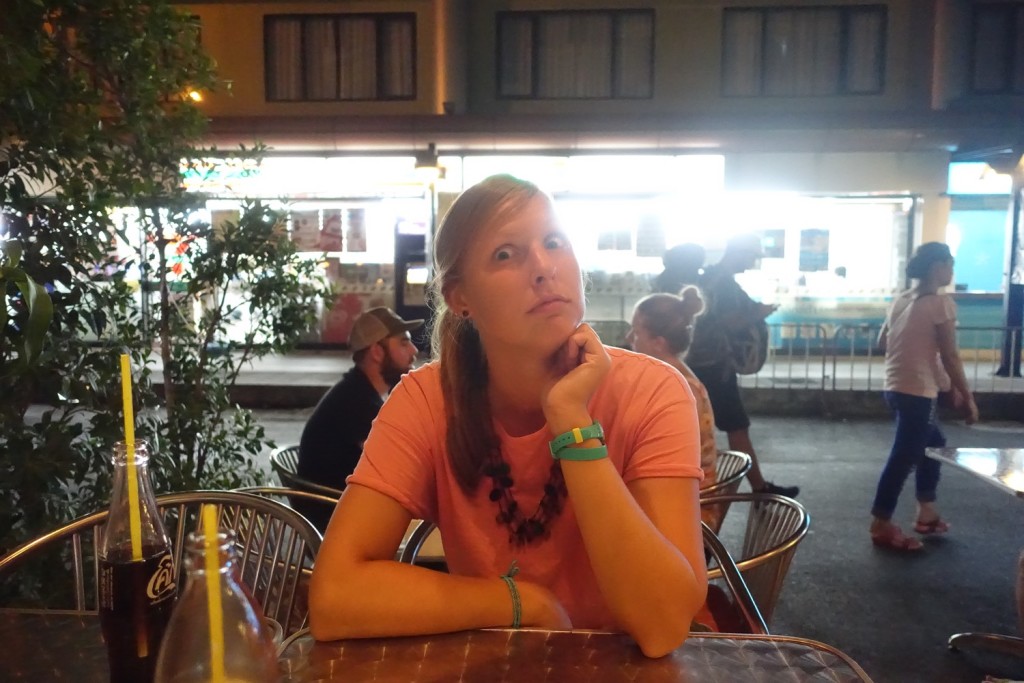 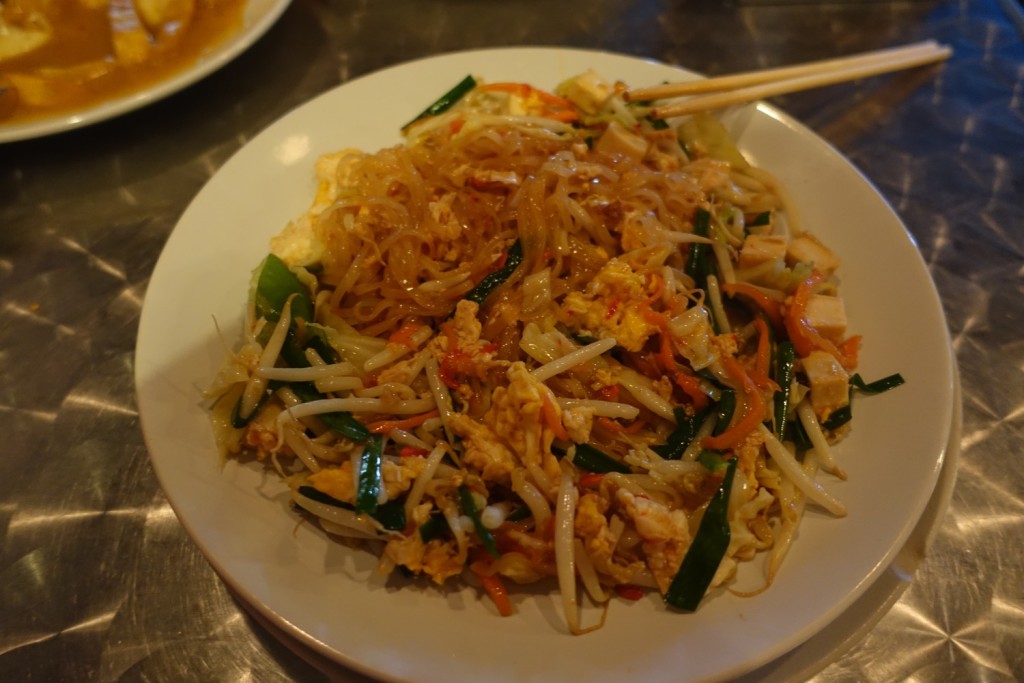 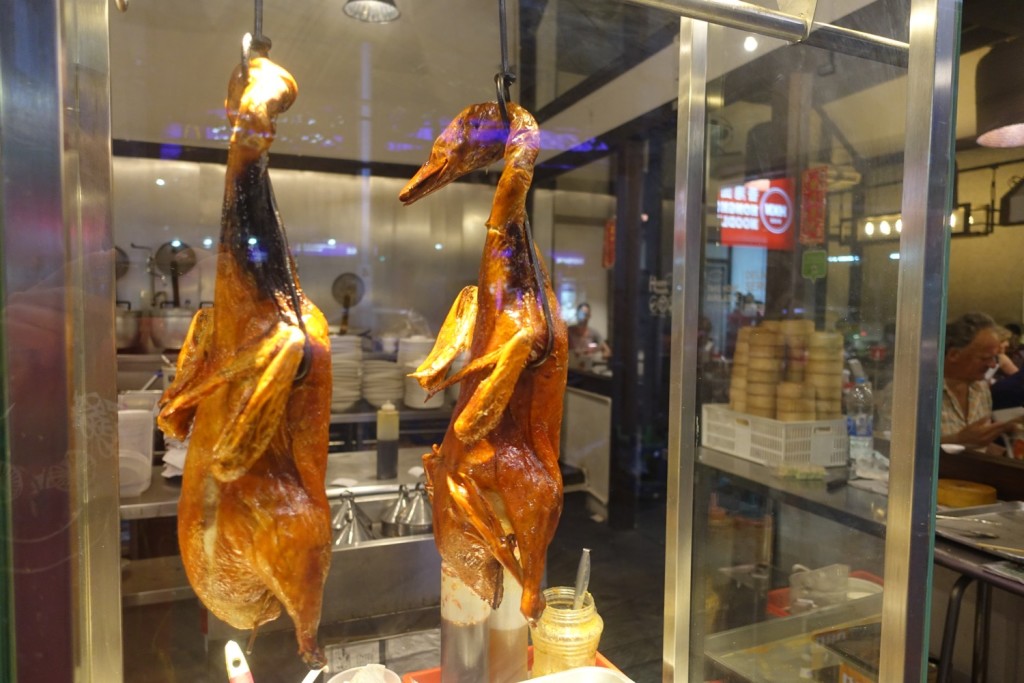 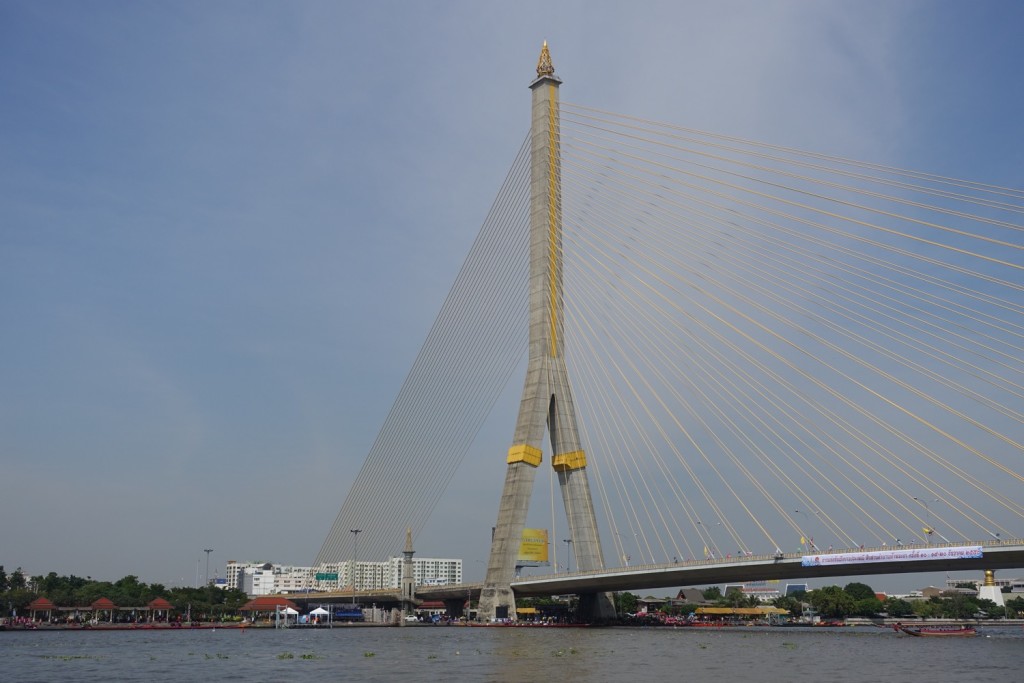 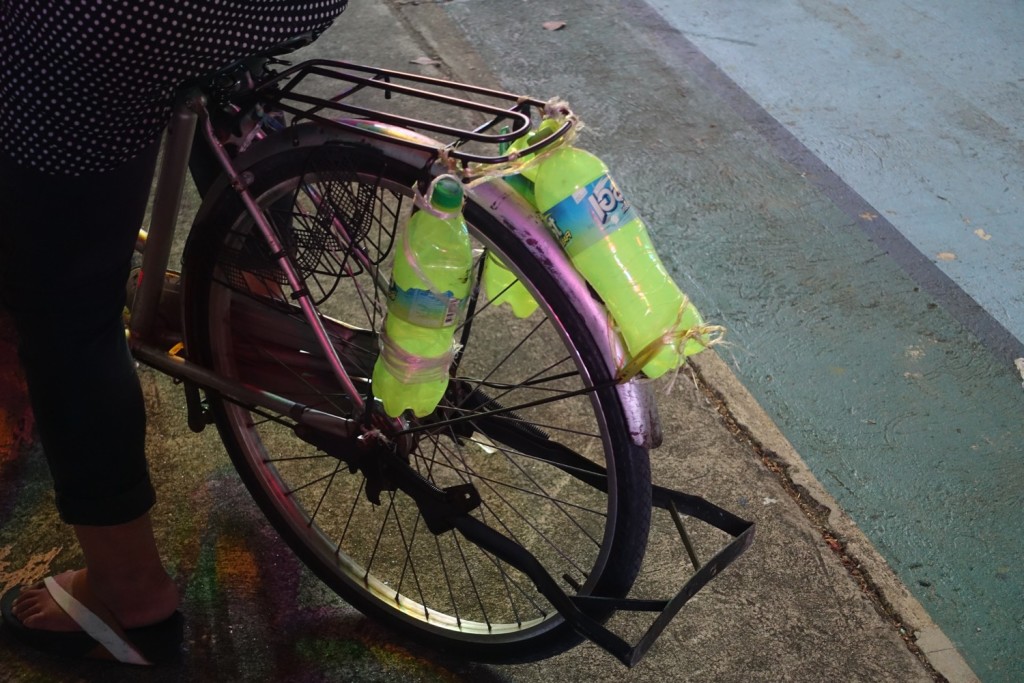 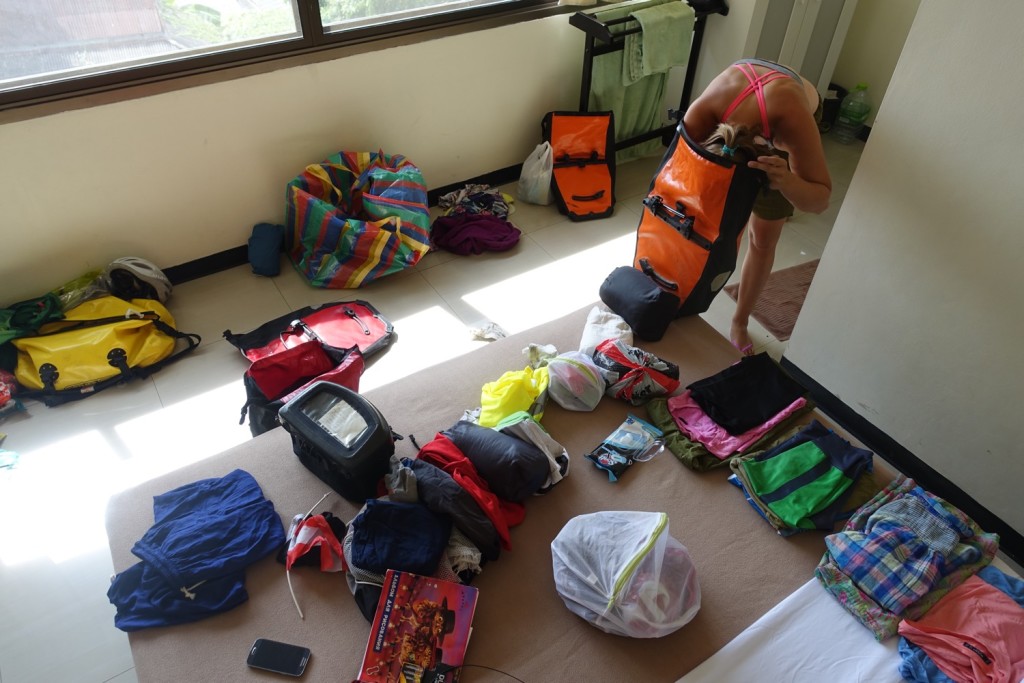 okay, let’s sort this out! 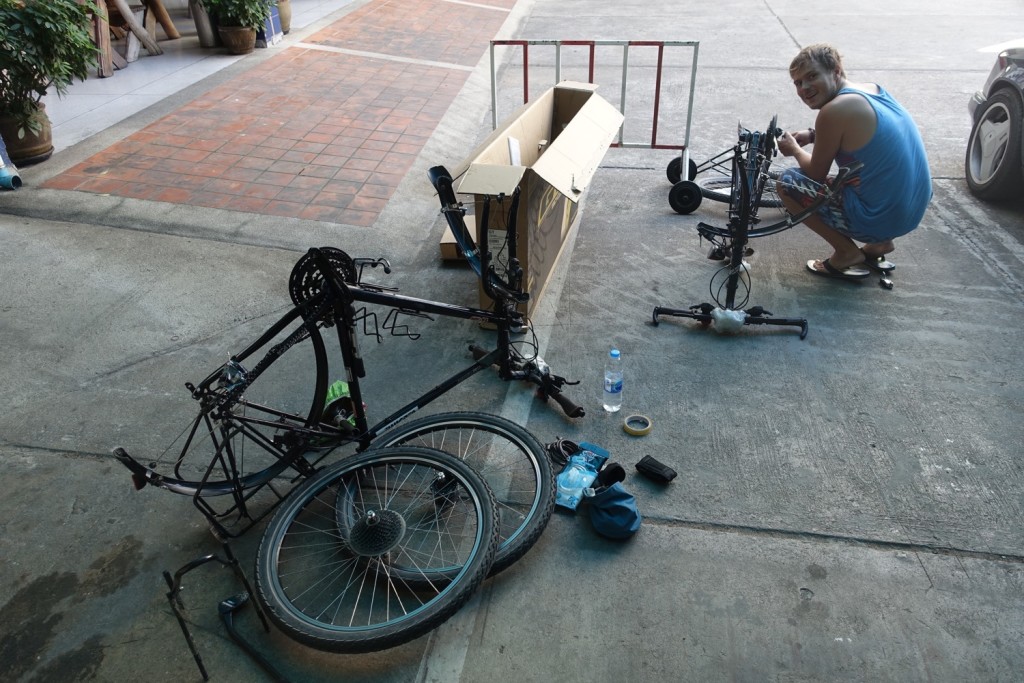 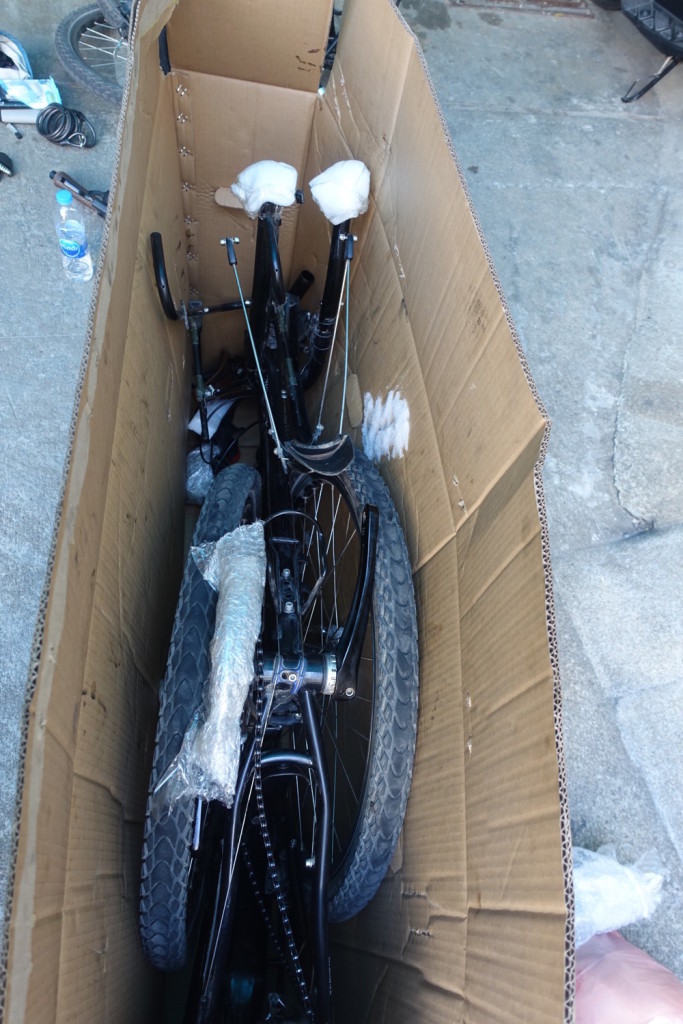 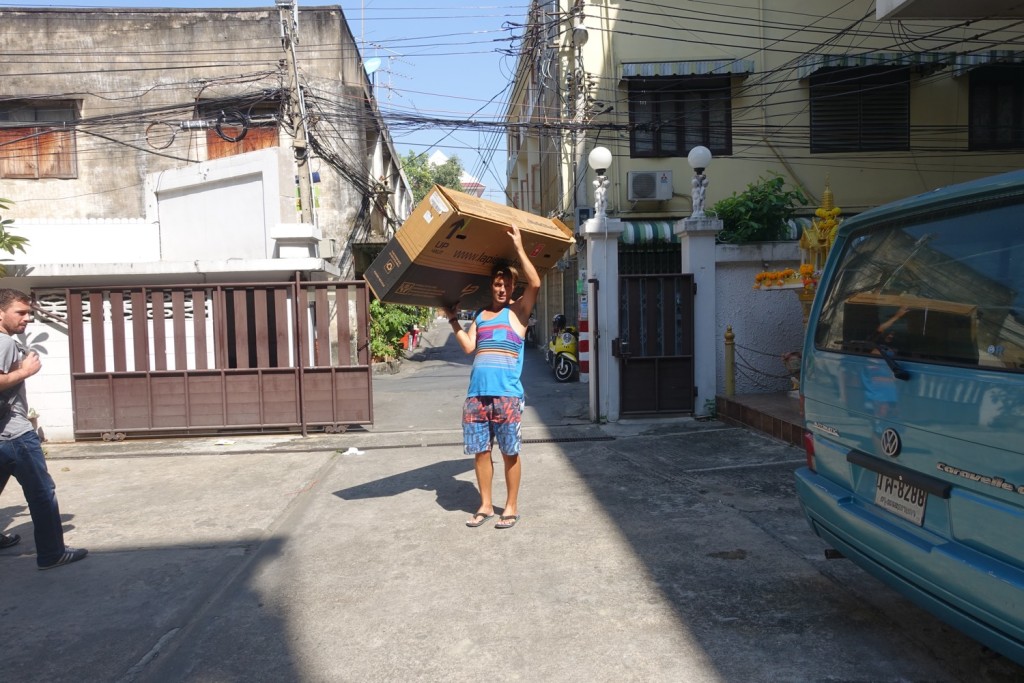 the strong man with the empty box 😉 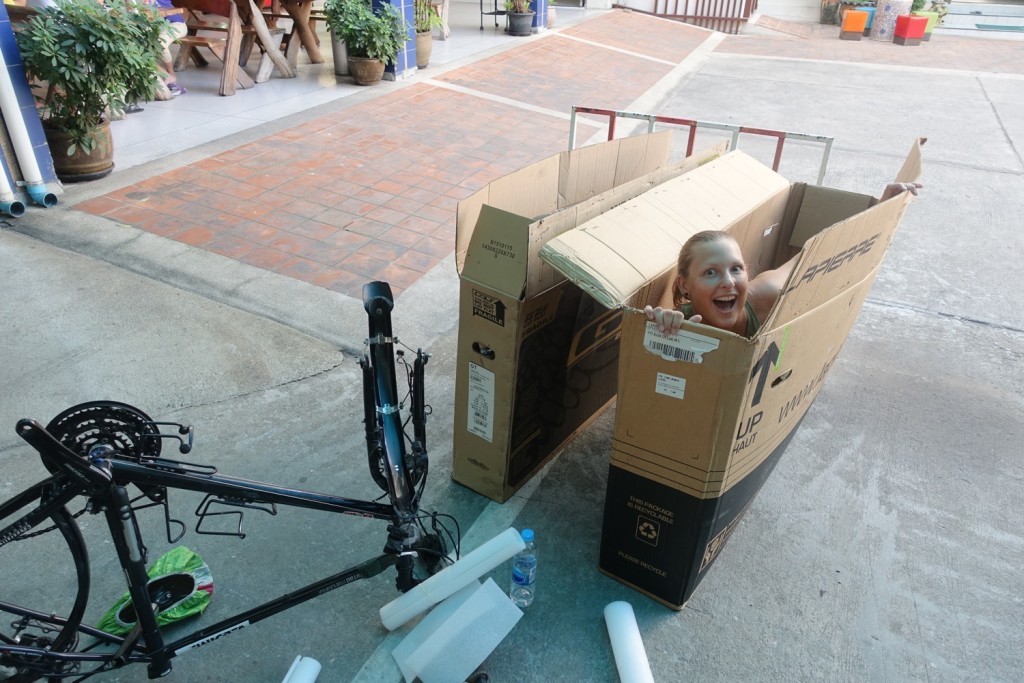 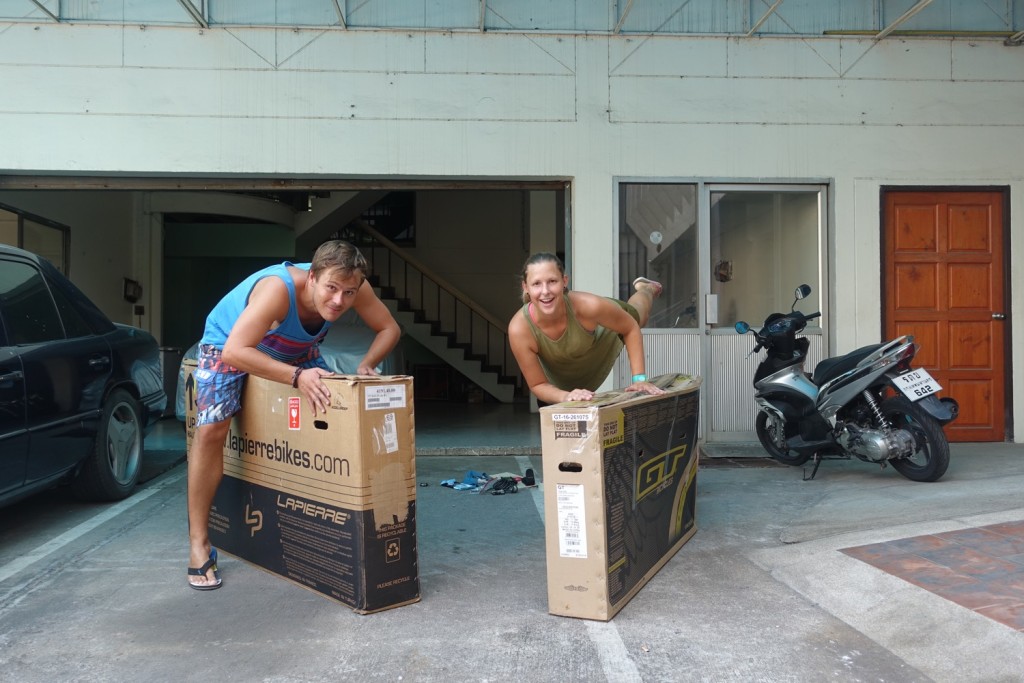 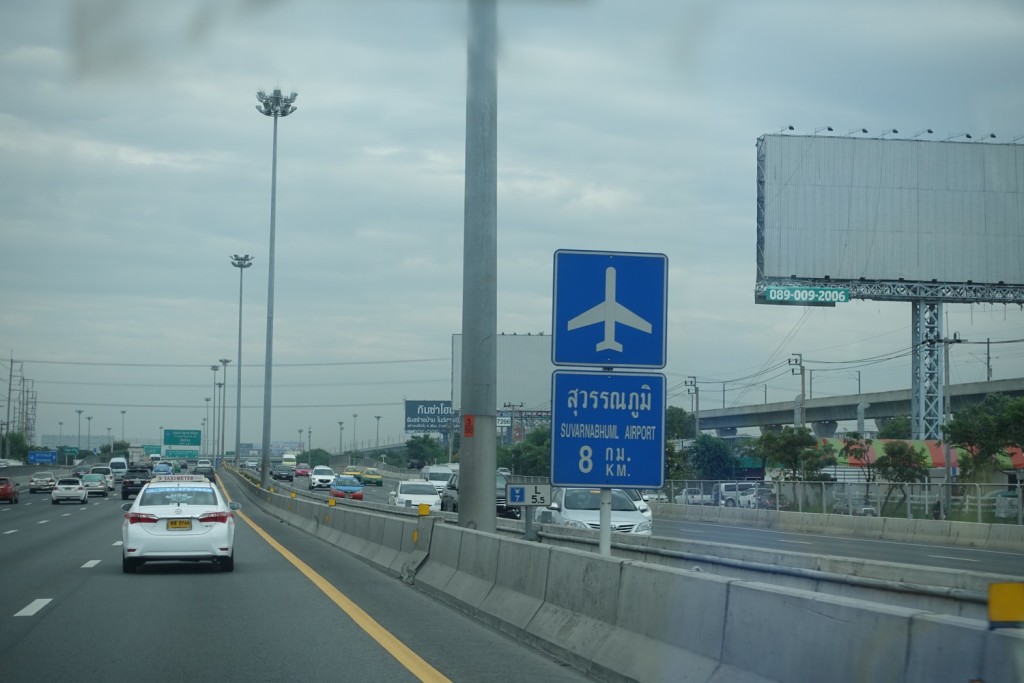 Off to the airport! 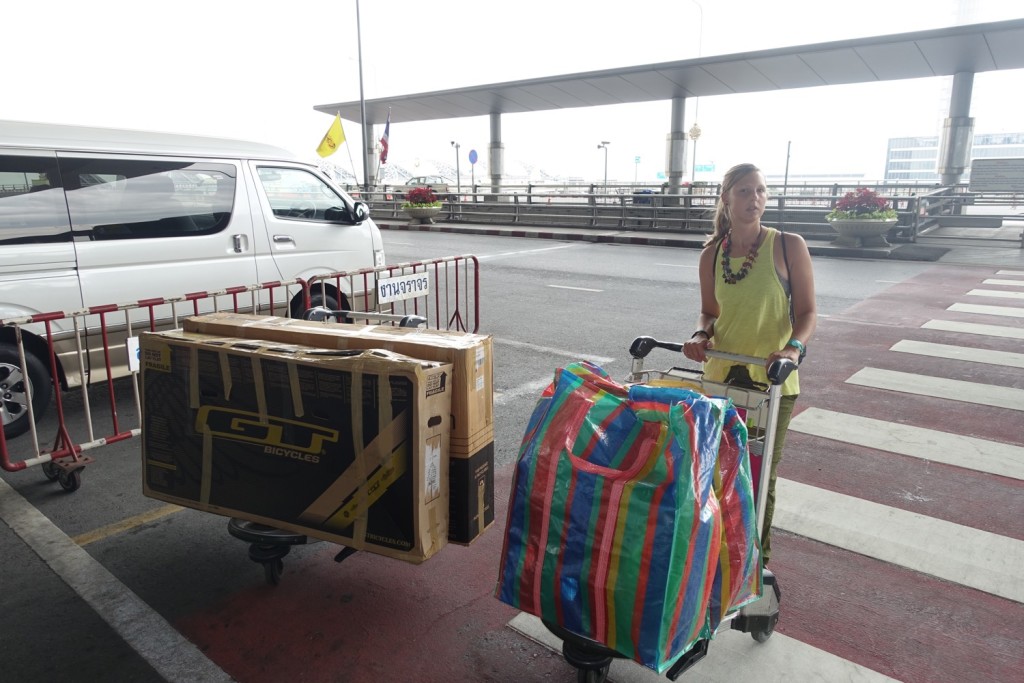