Watch out Russia, here we come!

Already a few kilometers prior to Russia we had an interesting experience with a Russian.
As we were cycling Alexandra noticed a van driving slowly behind us. At first the driver shouted something and showed her thumbs up through the open window – Alexandra shouted “Spasibo!” back. Then the van stopped and the man jumped out and tried to explain that he really likes what we are doing. Then he drove away only to stop a few 100 meters farther to take a picture of us as a souvenir – and to hand us over RUB 2.000! Unbelievable, what a positive start for the country lying ahead of us! 🙂 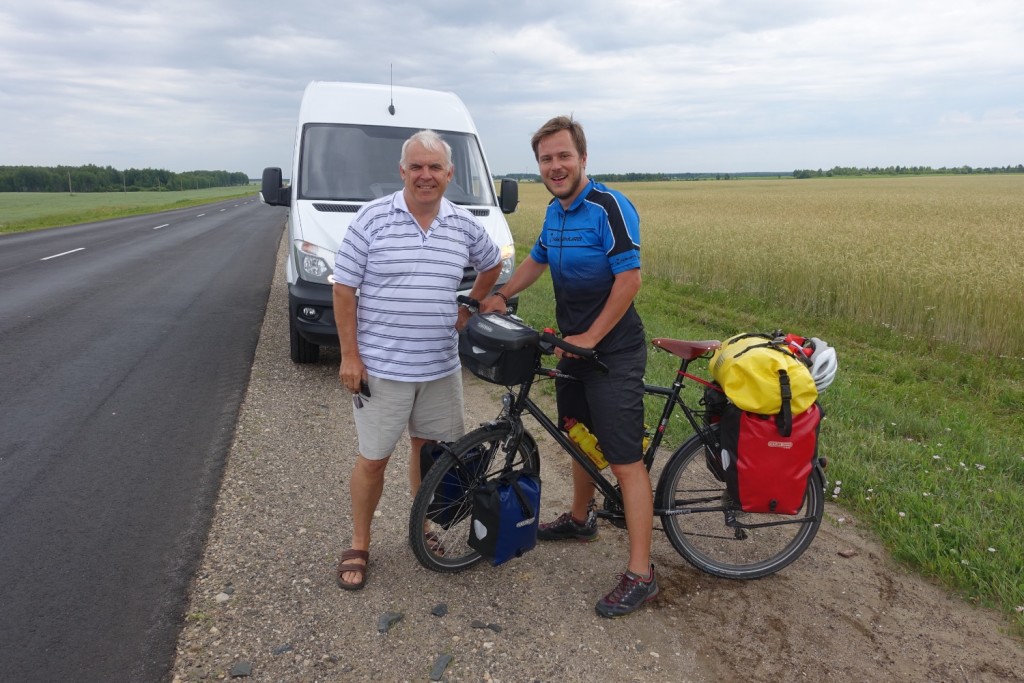 But first of all we had to cross the border which was told to not exist as the border between Belarus and Russia is open. Unfortuately, it seems that we must have been pretty confused when filling in the form for our Belarus visa as its validity and the one of our Russian visa do not overlap… Therefore, we were pretty anxious about not beeing checked in Russia on 30 June while the visa is only valid starting with 1 July. When we were informed by a sign that we had just left Belarus and entered Russia we were pretty happy – at first. But a couple of kilometers later there should be a transport control – damnit! And they were already calling: “Avstria?” and showing us where to stop for a check. Alexandra was just asking Stefan how they knew that we were from Austria. Later we heard that our Russian “donor” had informed the border officials about our coming. However, in general everything seemed to be pretty casual and funny at the border. But when we had to give them our passports our hearts sank into our boots. And after a while they suggested us to get comfortable for the night nearby as our journey could not proceed yet. Stefan had already resigned and nearly went to search a place for us. But Alexandra the chatterbox was still trying to explain to them how it could happen that we were trying to enter Russia without a valid visa. Funny thing, one border official fetched a small iPad and opened Google Translate. Yes, indeed, the Russians do not seem to have a problem with US-American stuff. 😉

When the translation by Google Transalte did not make any sense the guys and Alexandra had to laugh hard. And then suddenly one of the border officials informed us with an adequate gesture that we should just cycle away into Russia. Not even Alexandra’s unintended try to bribe them with 150 Belorussian Rubles (not even EUR 0,01) could change their mind. Therefore, we thanked them and cycled away as quickly as possible – especially Alexandra with her heart beating wildly due to her imprudence. 😉

After crossing the border not much changed, besides the fields being more spacious. But the most important change for us was: There are actual cafˋes, restaurants and big gas stations in Russia where we can eat real food! Man, we felt like in paradise! 😀
For our first night in the new country we already unpacked our tent – next to a decayed stable. Although Stefan mentioned: “That’s how horror movies start!”, but we didn’t mind. After a nevertheless disturbed night (there were several trains not too far away, also once a car stopped right next to our tent) we proceeded. Slowly the landscape started changing, it got more hilly what was even more exhausting due to the strong head wind. That’s when we realised that we hadn’t been cycling a lot in Belarus – after 115 km we were pretty exhausted and sweaty. And as we had the possibility to get a room with a shower we actually took it – paid by our Russian benefactor. 😉 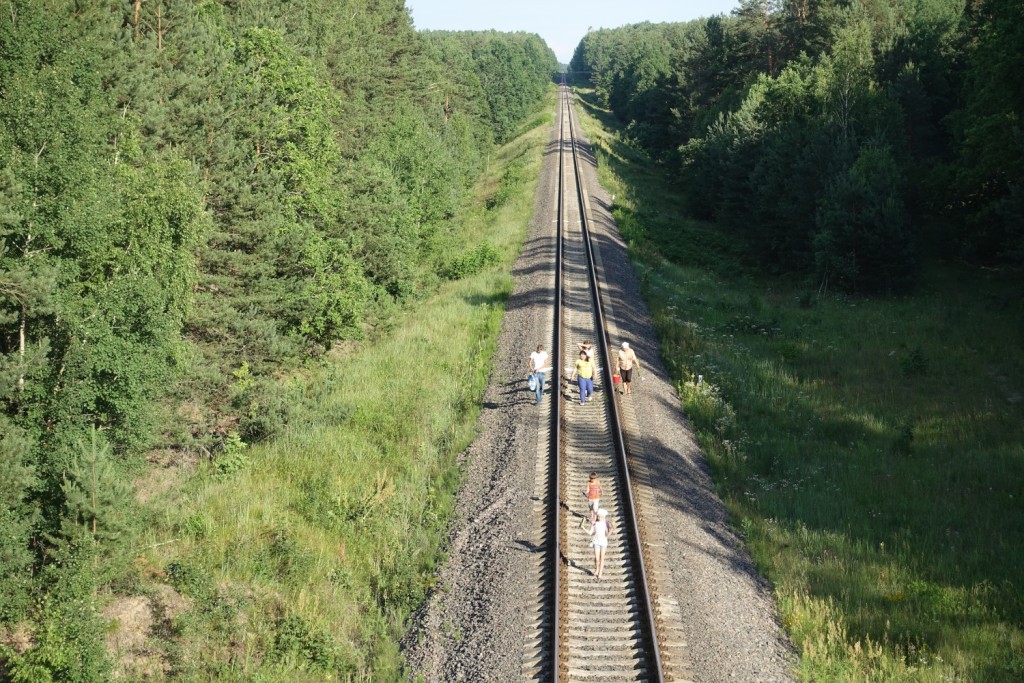 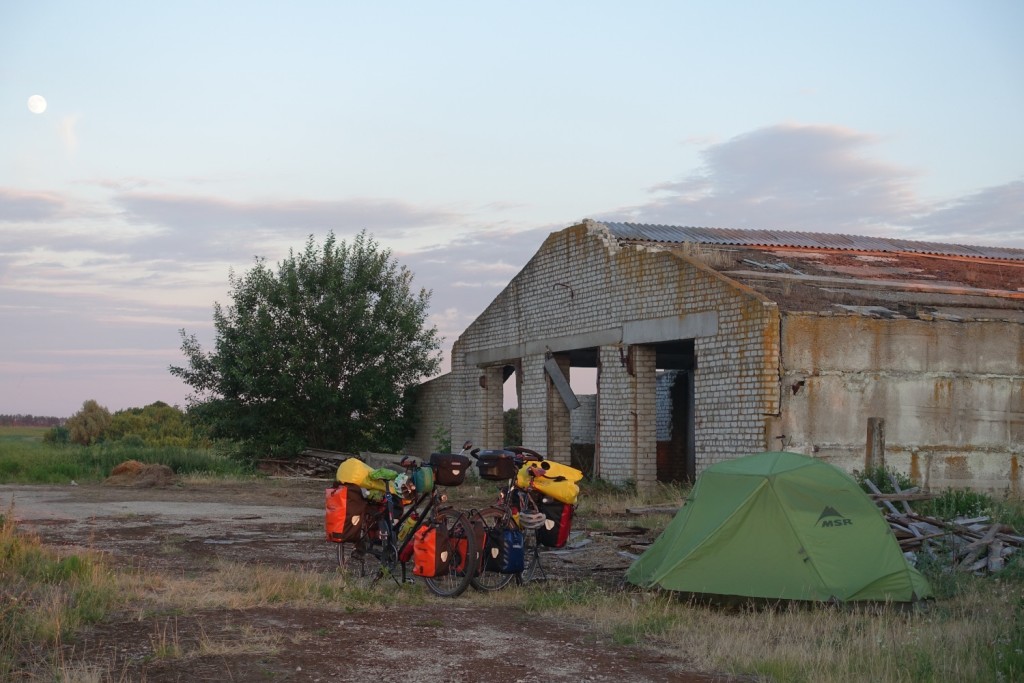 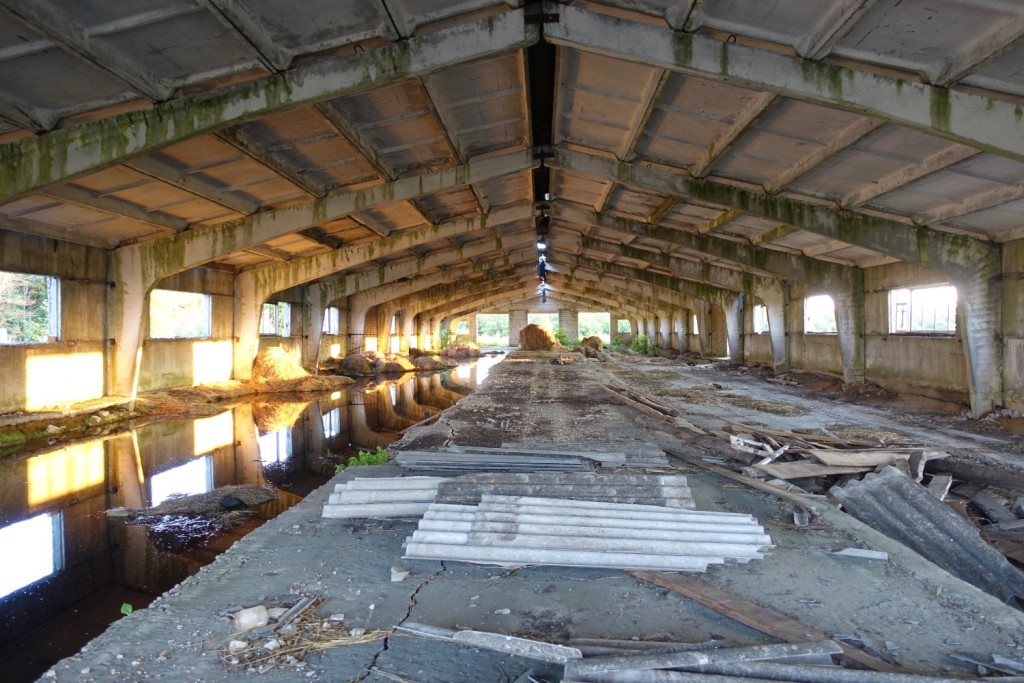 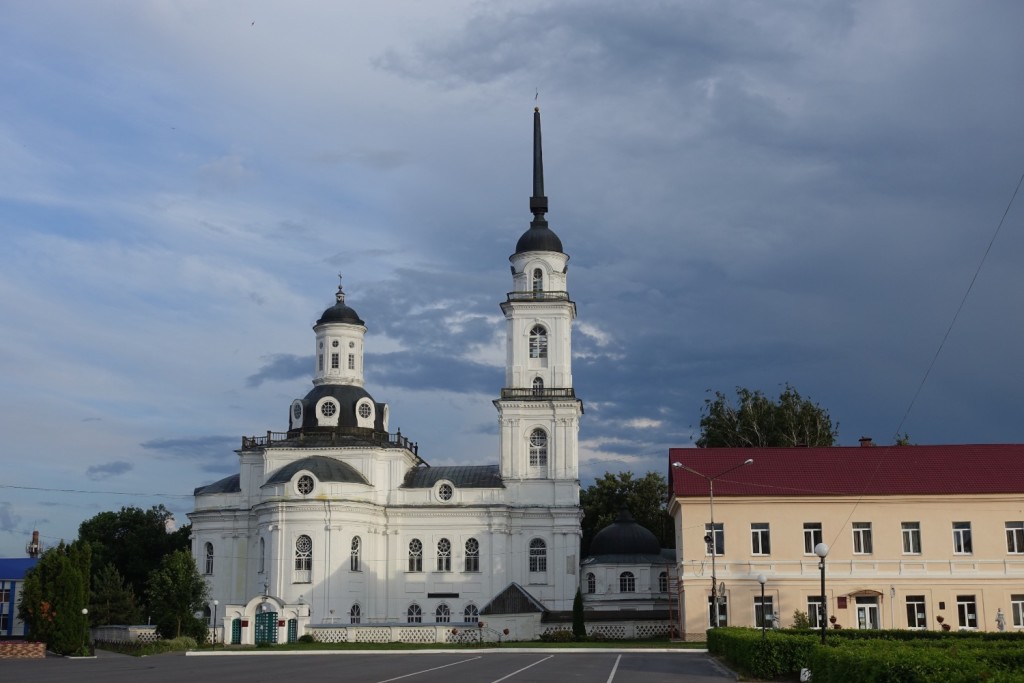 The following day we headed towards Bryansk. Already 10 km from Bryansk traffic got insane and fairly annoying. But then we reached our hotel where we wanted to pause for a day, as our tired bones needed a rest after the last three days of cycling (291 km). For that reason we didn’t even see anything in Bryansk just the pretty good restaurant in our hotel building. 😀

The first 240 km in Russia passed by rather quickly, also due to the excellent roads. Although the traffic has been a bit annoying (it was THE main road) there had been enough space for us most of the time. On the whole we like the food here pretty well, but especially the fact that there is enough. 😉 And the people are in general really friendly and interested in our journey and why it is that we are there by bike. a weirdly green Russian drink, but it was pretty tasty