Jolly are the Russians

Pretty recovered we left Bryansk and the hotel towards Orel.
The weather was hot and humid, so we almost melted on our bikes. Fortunately, once in a while we passed a bigger gas station where we could have some coke, blini and hot dogs, and some ice cream, coffee and cookies. You never know… 😉

The kilometers passed by rather quickly and shortly prior to Orel we camped beneath some birches. Although we both are allergic, but nevermind. 😀 In theory the place was perfect, if it wouldn’t have been saturday and if there wouldn’t have seemed to be a party nearby. We could hear party music until around 5 in the morning, yay. 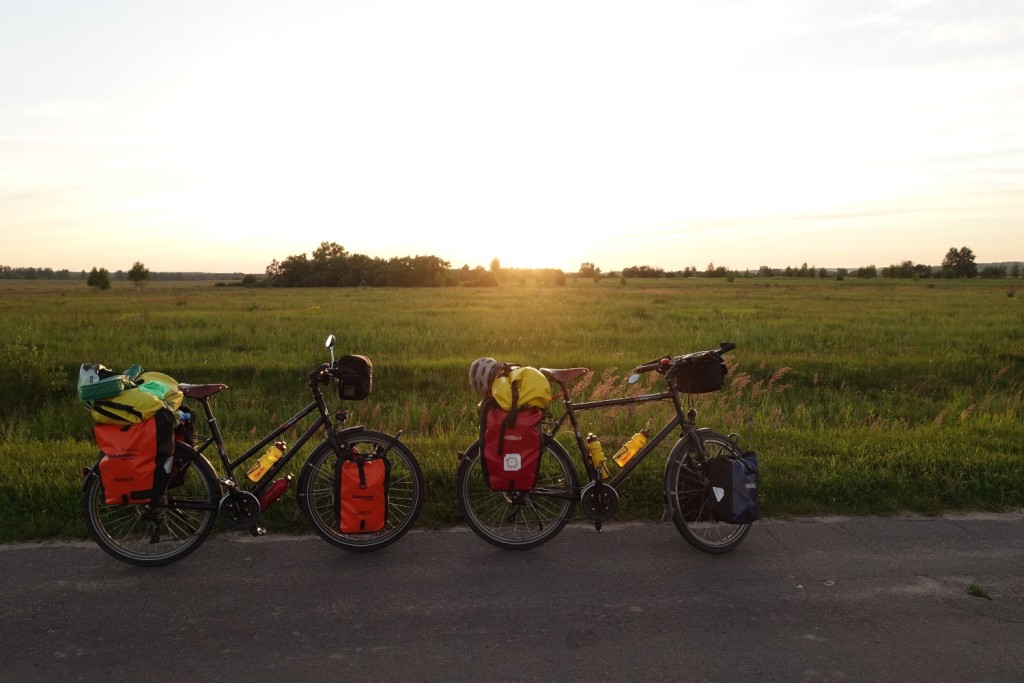 When we got up we wanted to have breakfast in Orel, where we again made the perfect choice. Outside it said “cafe” and “Free WiFi”, inside they offered only plov (rice with meat), shashlik (meat on a spit), a kind of salad and weird potatoes and no WiFi at all. Just another perfect breakfast. 😉
At least we were thus well strengthened for our journey. Unfortunately, it was that humid that Alexandra had to sometimes gasp for air. Therefore we couldn’t proceed quickly at the beginning…
But after exactly 70 km we could find some relief from the heat at a seemingly official swimming lake, which was excellent.
Also it was very interesting to watch the other guests at their doing. It wasn’t an extremely big lake but nevertheless the other bathers had a lot a stuff with them. Some had built up their tents for one day for getting more comfortable, others had started a fire to prepare a few kilograms of shashlik – on which Stefan would have loved to participate. 😉 Many of them had huge air mattrasses which we would call an air bed for guests at home. And some had also their boat or jetski with them which were permanently in use as everybody wanted to try it at least once. There was no control at all, also no lifeguards. But nothing happened and everybody was in a good mood though – and so were we because we had some cookies with us. 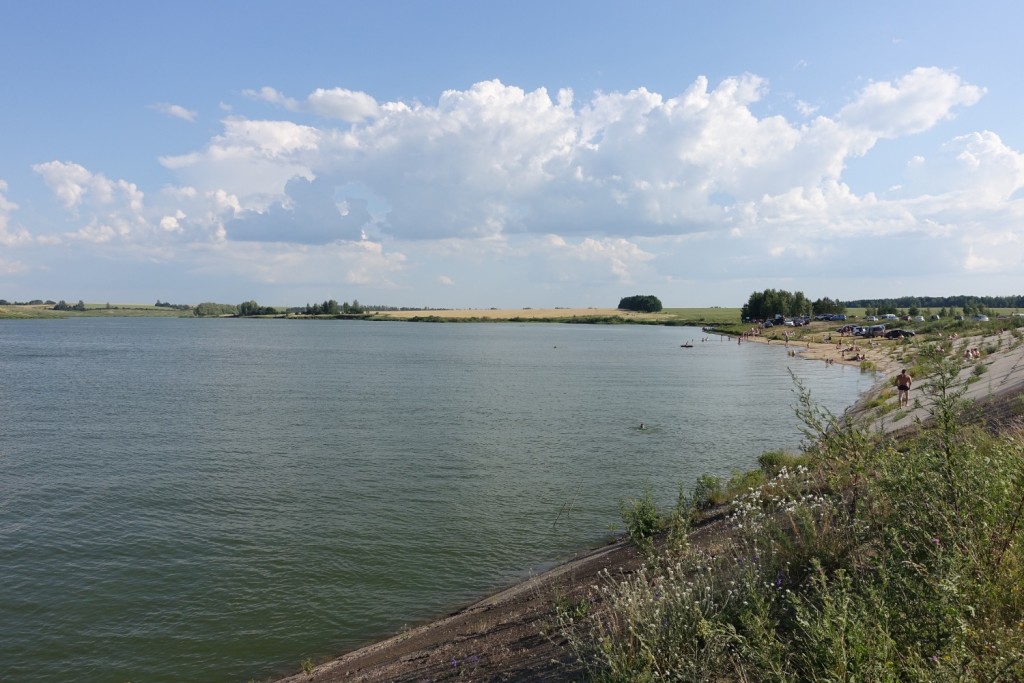 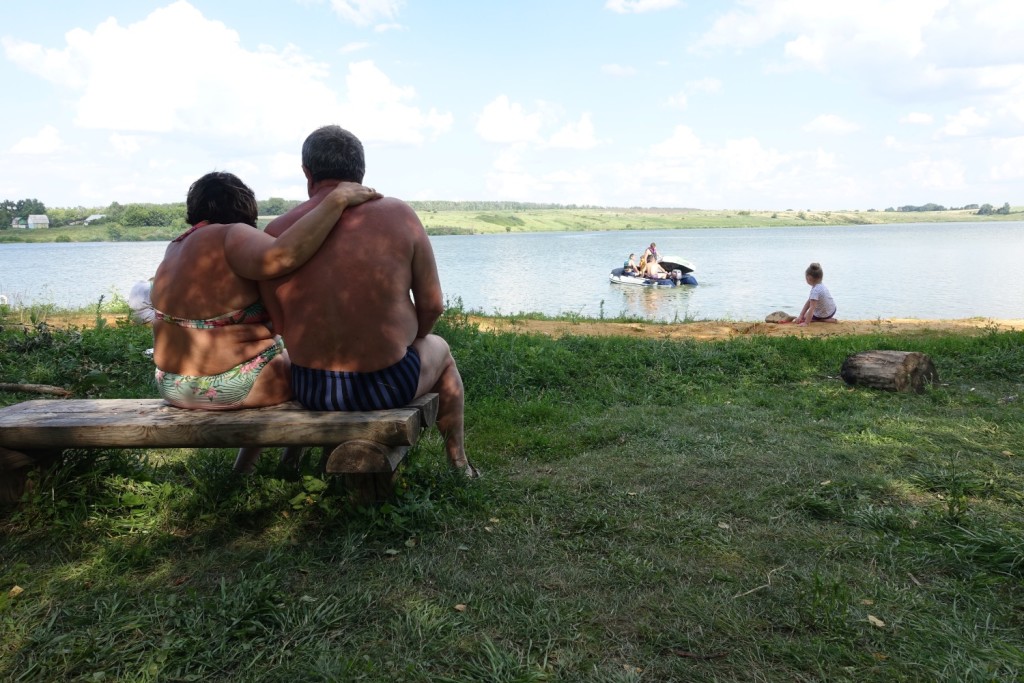 In the evening we wanted to get some food in a very hilly village but we could only find a supermarket. Before and during our snack people were talking to and asking us where we’re from and where we are going. 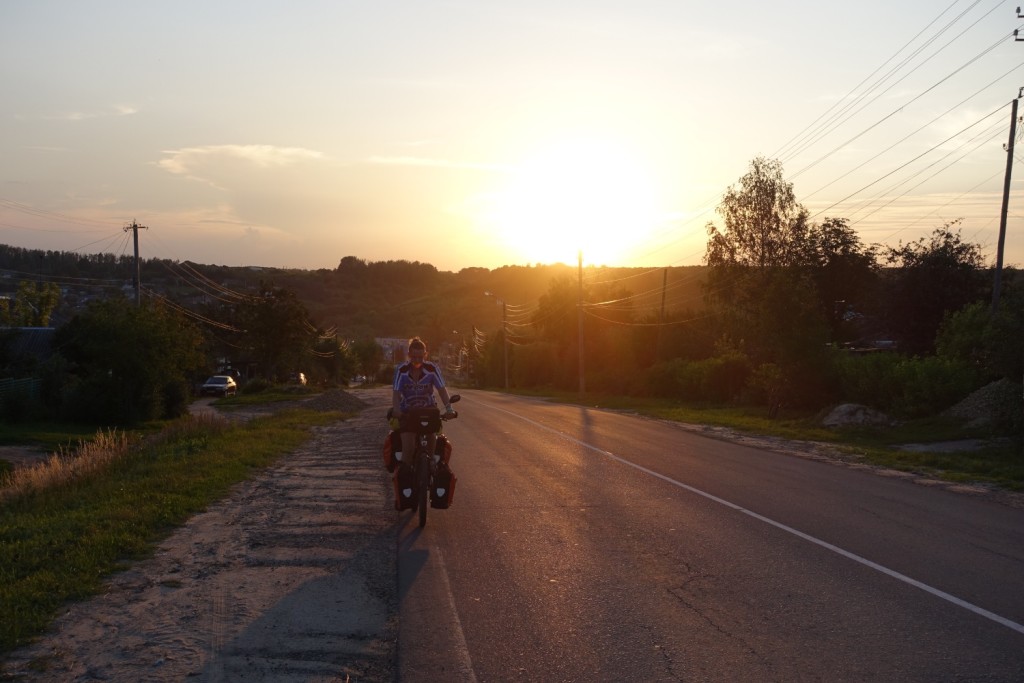 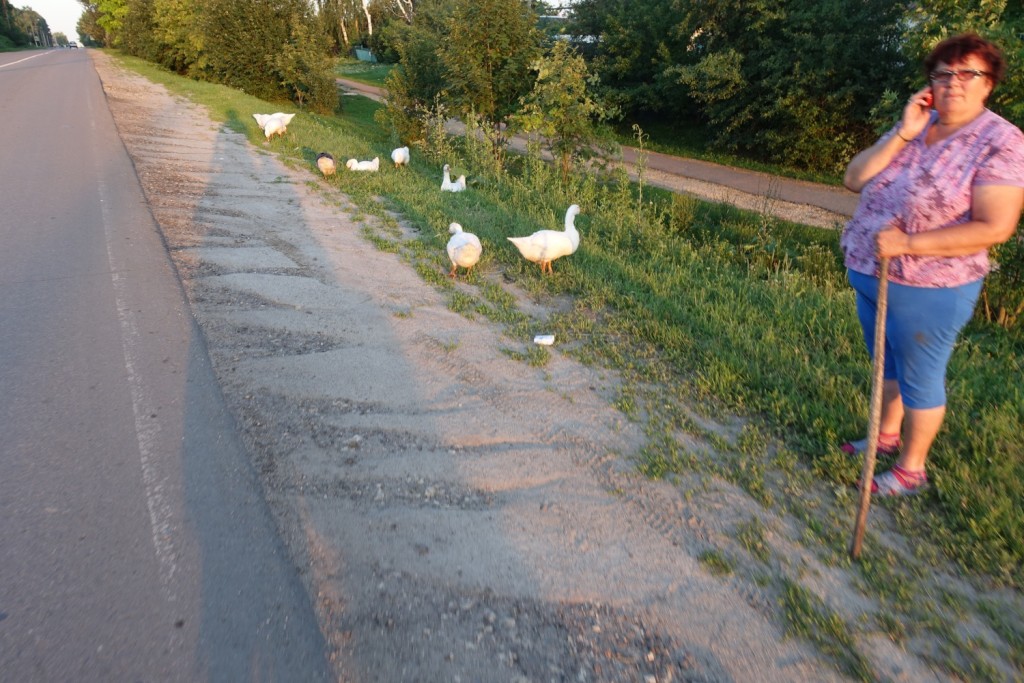 Afterwards we put up our tent at a small clearing in a forrest. Luckily we had slackened all sides properly because in the middle of the night there was a splendid thunderstorm with heavy rain – but the tent was unimpressed. However our things which we hung up outside to air and dry were even more wet in the morning. 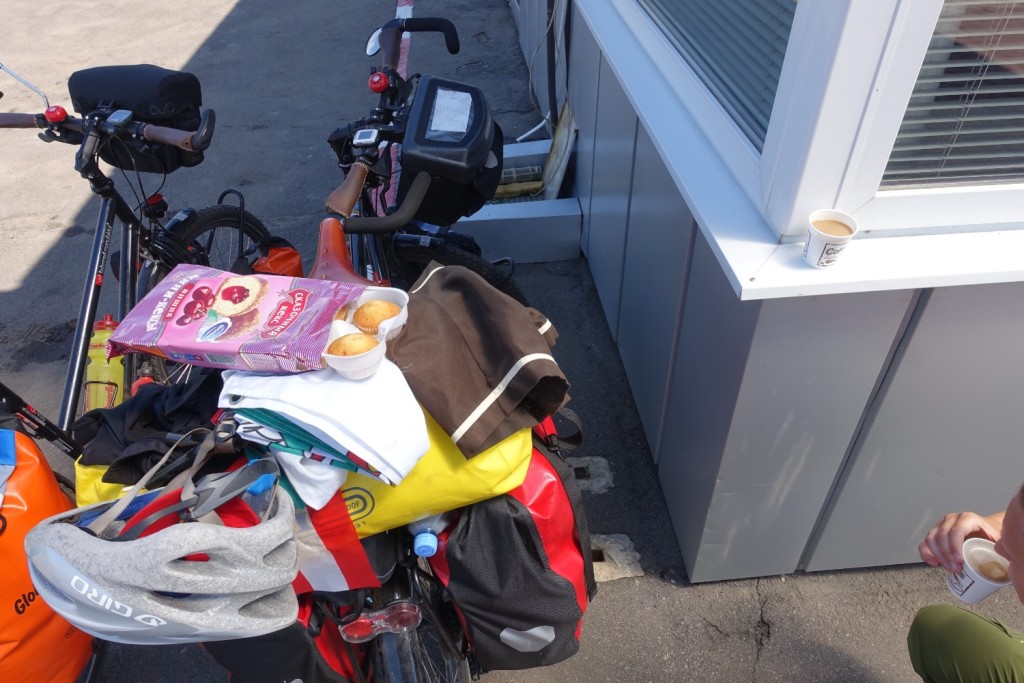 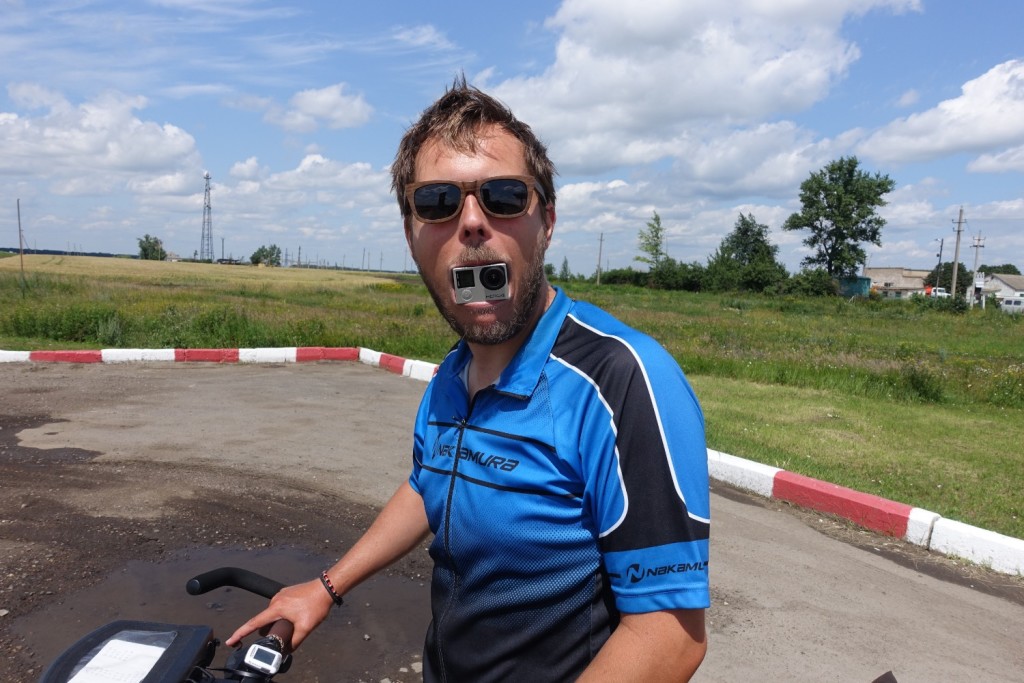 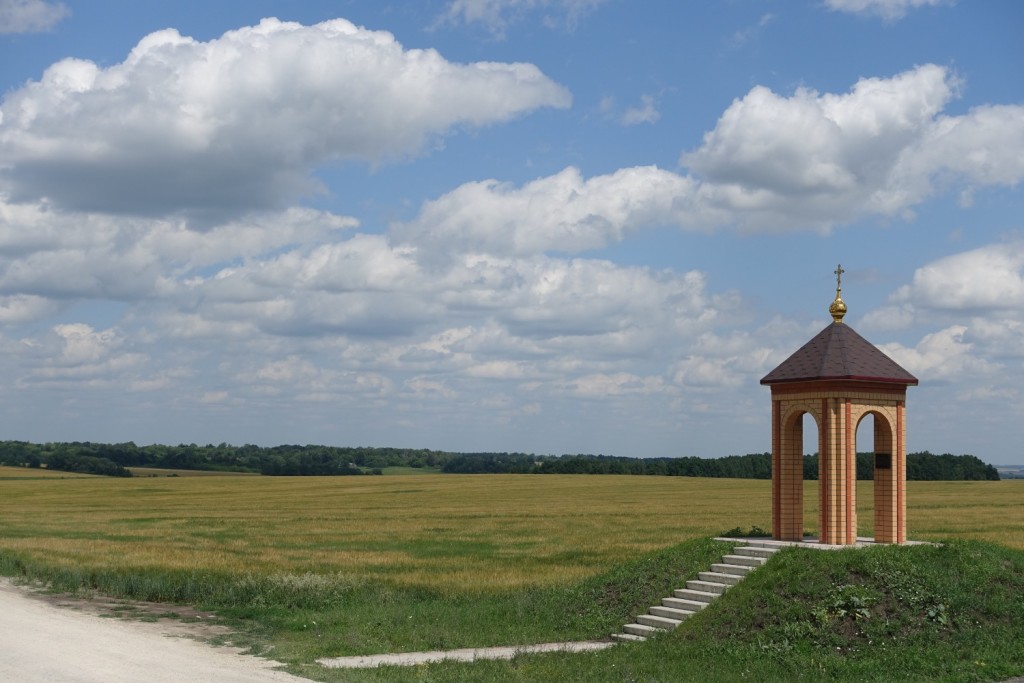 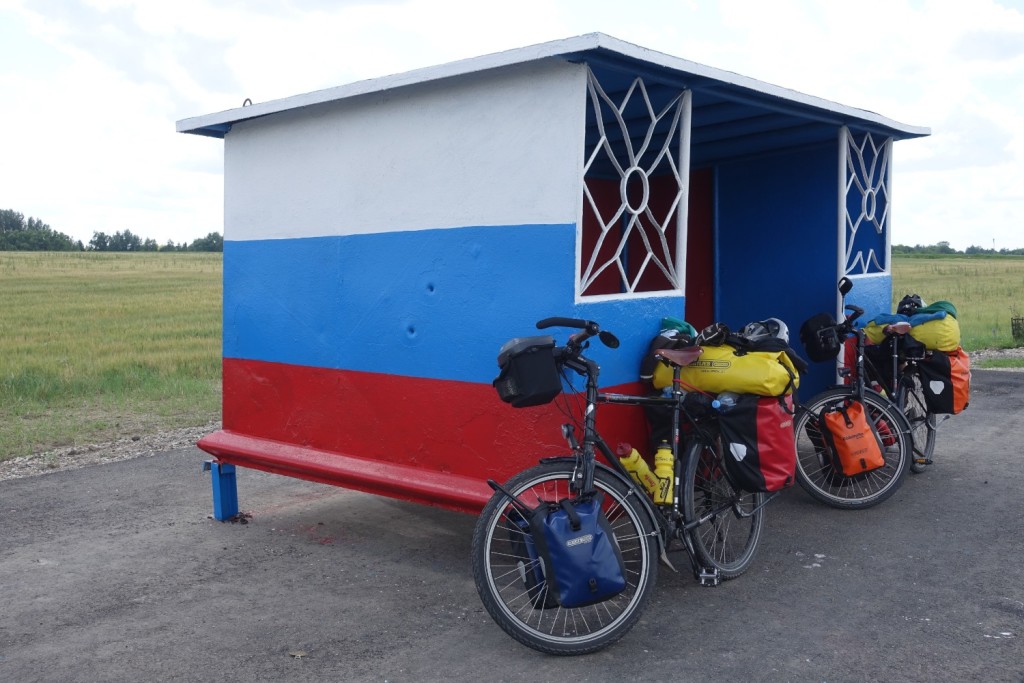 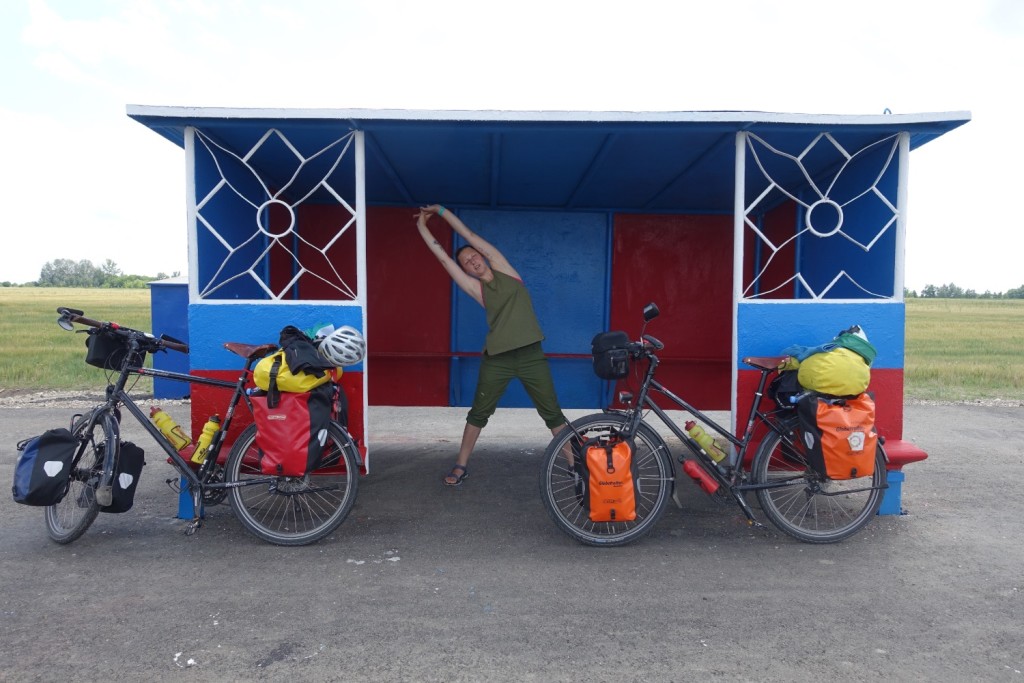 there is always time for stretching 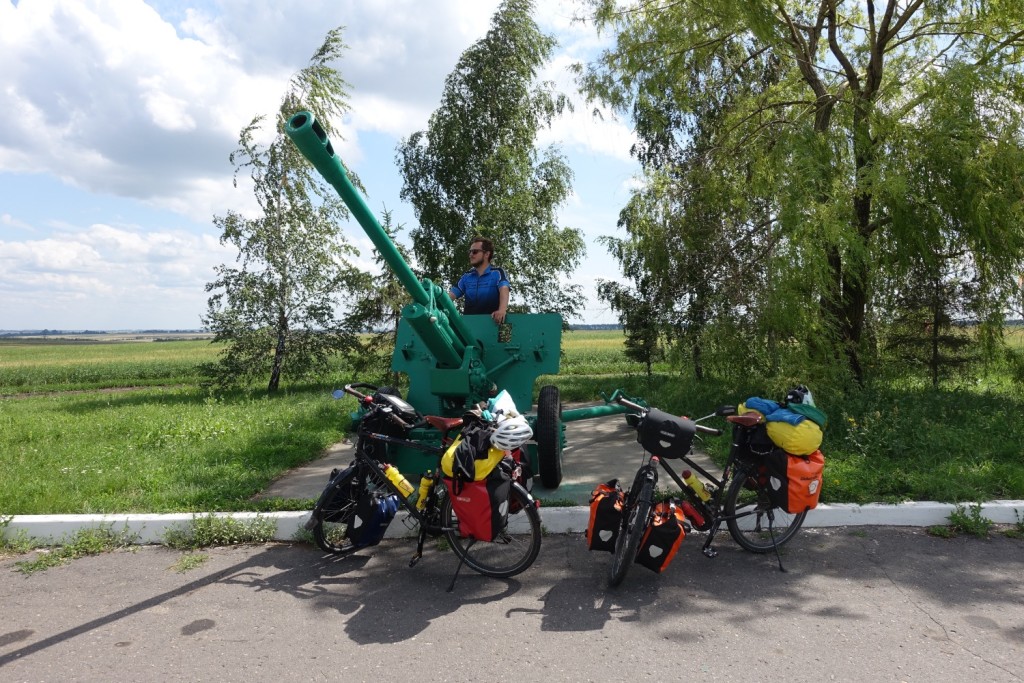 After a rather short ride of around 60 km we wanted to get a hotel room in Livny. Unfortunately, the hotel was kind of like the one in Pinsk with shared bathroom and toilet. But we could check out our first real Russian burger restaurant which was a bit odd. 😀 The burgers were made with dill sauce (which we already knew from Ukraine and Belarus and yes, the Russians love it too) and they had fried pelmeni which we had to try too. All in all it wasn’t that great, Stefan said: “It’s not a Burger Master (in Belarus).” And that has to mean something. 😉 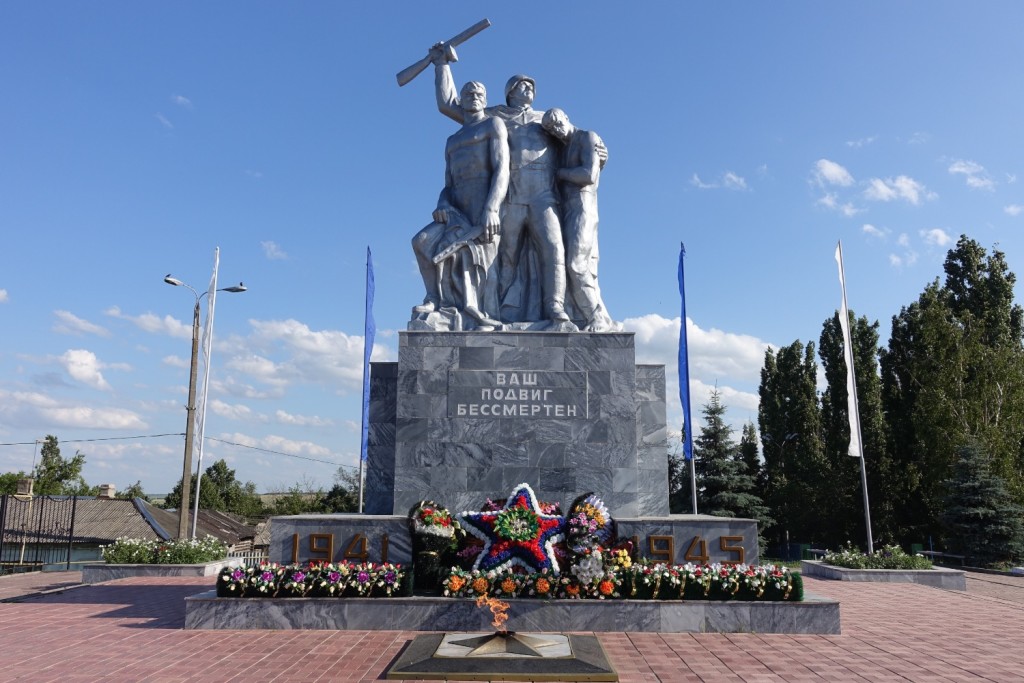 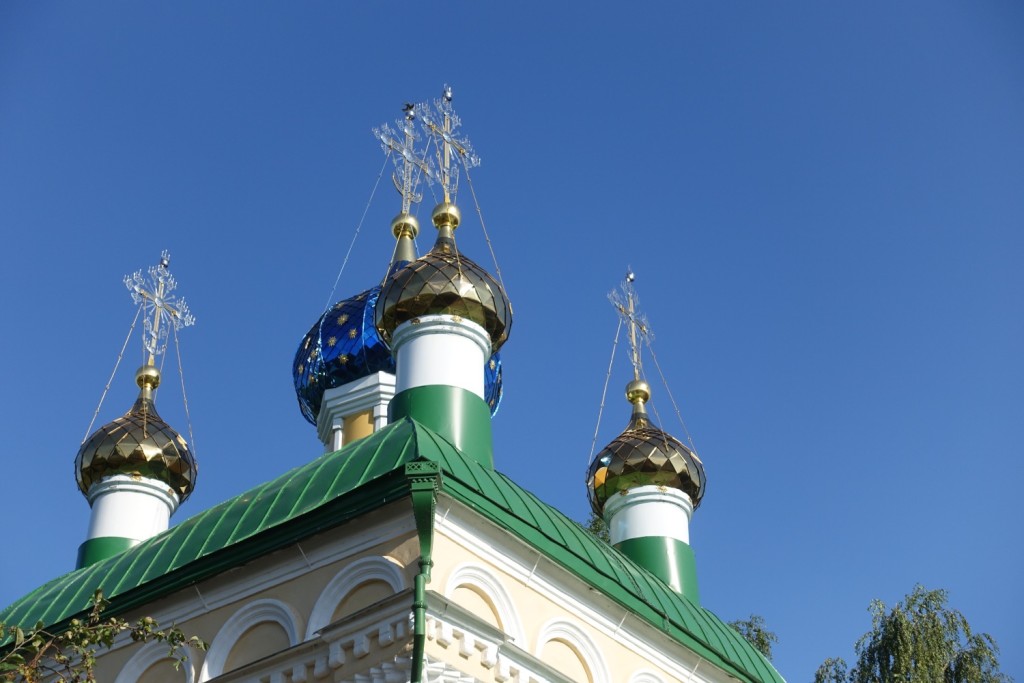 In the evening it was going on beneath our hotel window, as the teenagers and young adults there seem to feel motivated to party by the summer and their vacation time. Permanently loud cars were passing by with sounding techno music, sometimes they were even standing down there for a while with their music on. And they laughed and shouted all night long – not even Stefan could rest easily.

Although the location of the hotel wasn’t at all perfect we had to stay another night as the weather was really bad the next day. There was heavy rain and according to weather forecast it should be raining the whole day. Damn! Thus we extended our stay for another night, Alexandra could proceed reading “War and peace” by Tolstoi and Stefan could sleep and play Candy Crush. 😀
Furthermore we found a pretty great cafe where we could have delicious blinis, cake and other delicacies – what a bright spot! 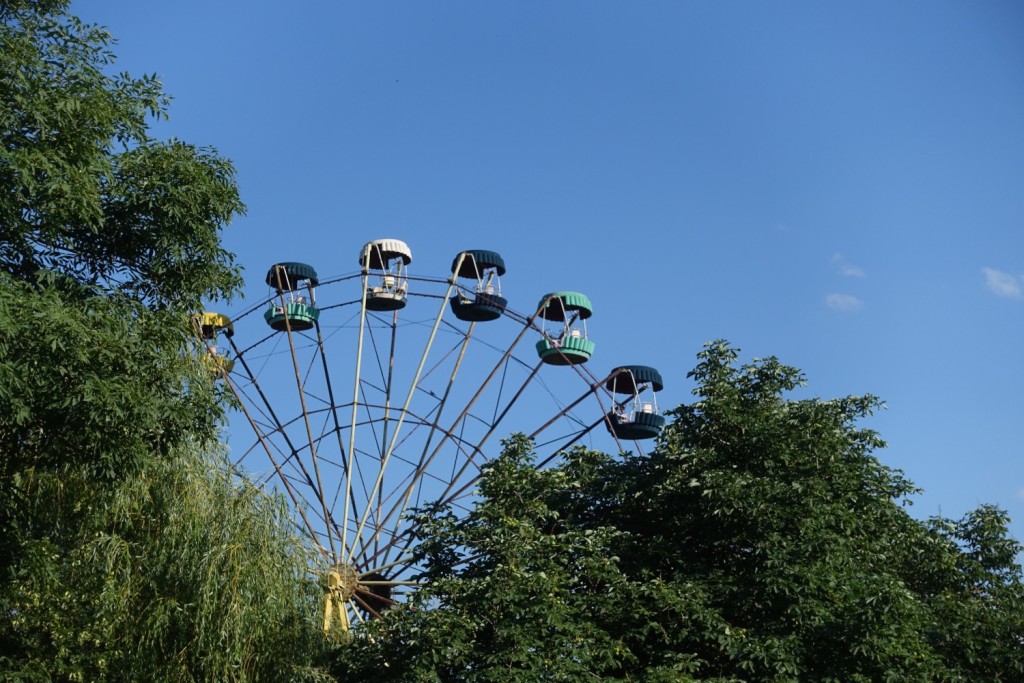