As the planning of our trip together wasn’t smooth at all and we didn’t work out as travel group, we said goodbye to Christiane and Georg the next day in Auckland. We also wanted to get a rental car but unfortunately, we had forgottten to take a internationally valid translation of our licences with us… So the guy from the rental company sent us to a seemingly translation company. Shortly after we found ourselves in front of a small house with the sign “Translation” in Chinese as well. We were waiting inside while the Chinese translator was tipping in her pyjamas in her garage. After a few minutes she handed us over the official document. How bizarre! 😀 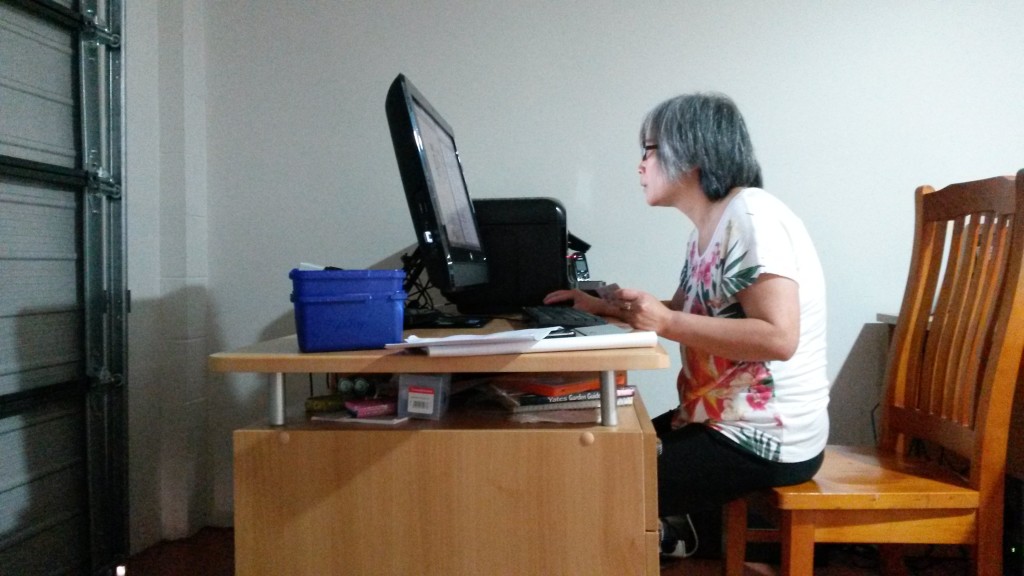 Quickly we were on our way to the Coromandel peninsula where we found a supercheap camping site within a beautiful forest. And we surely enjoyed being in a car on our own and took a lot of food with us, so we could also cook with our camping stove. 🙂 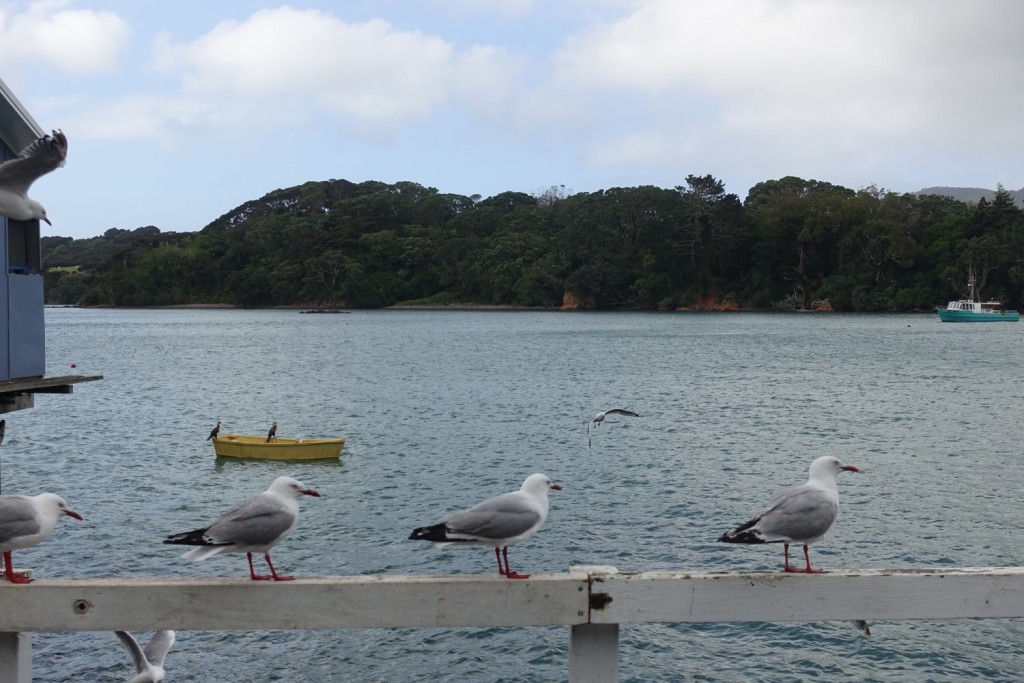 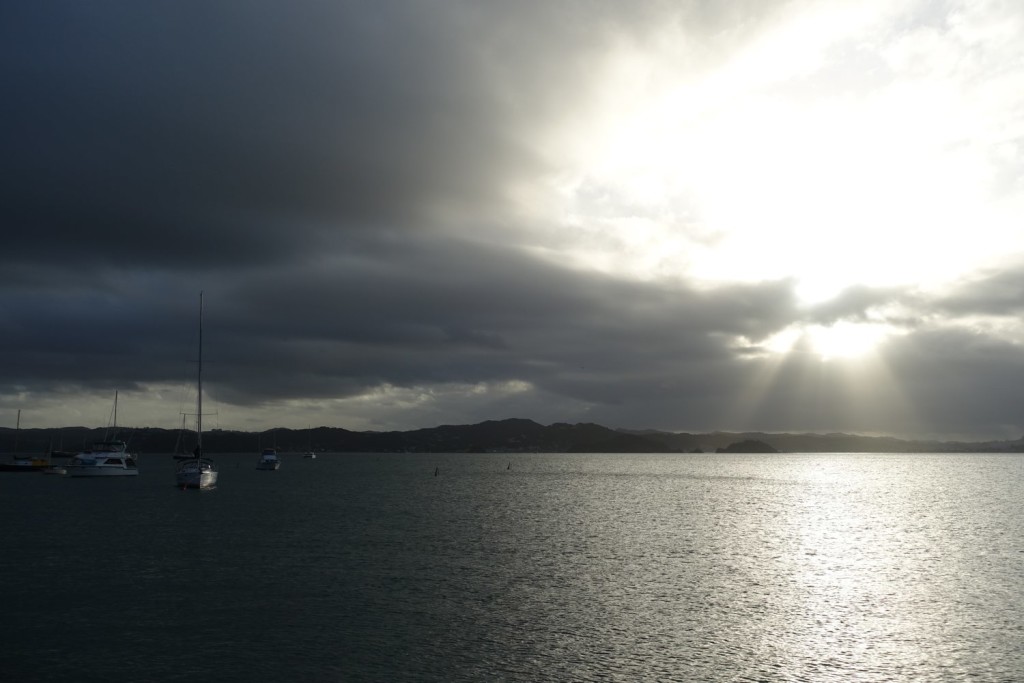 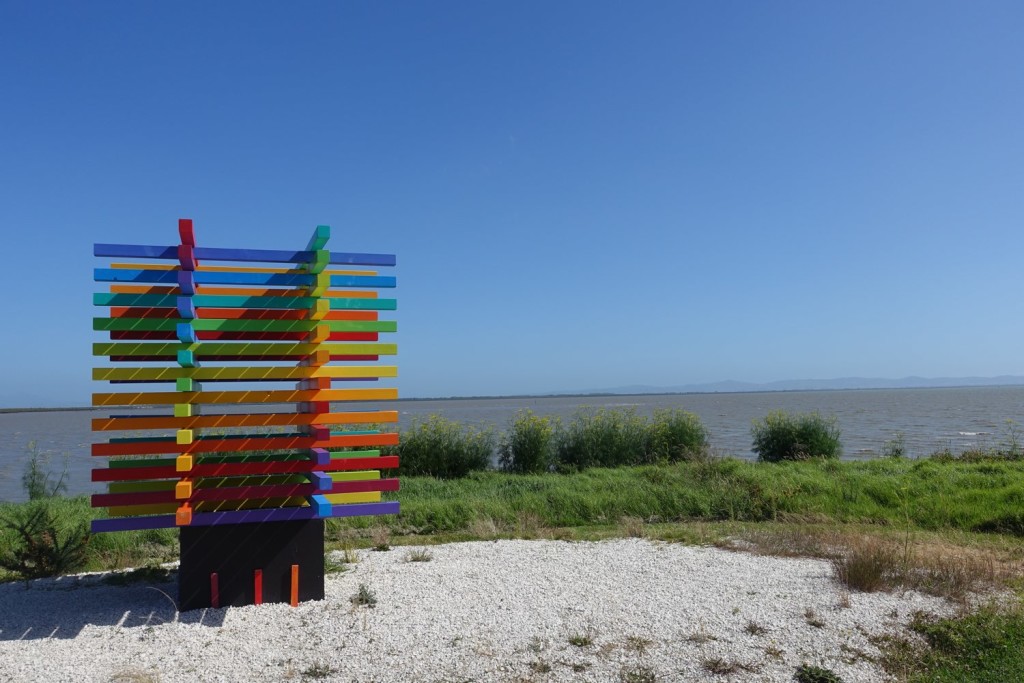 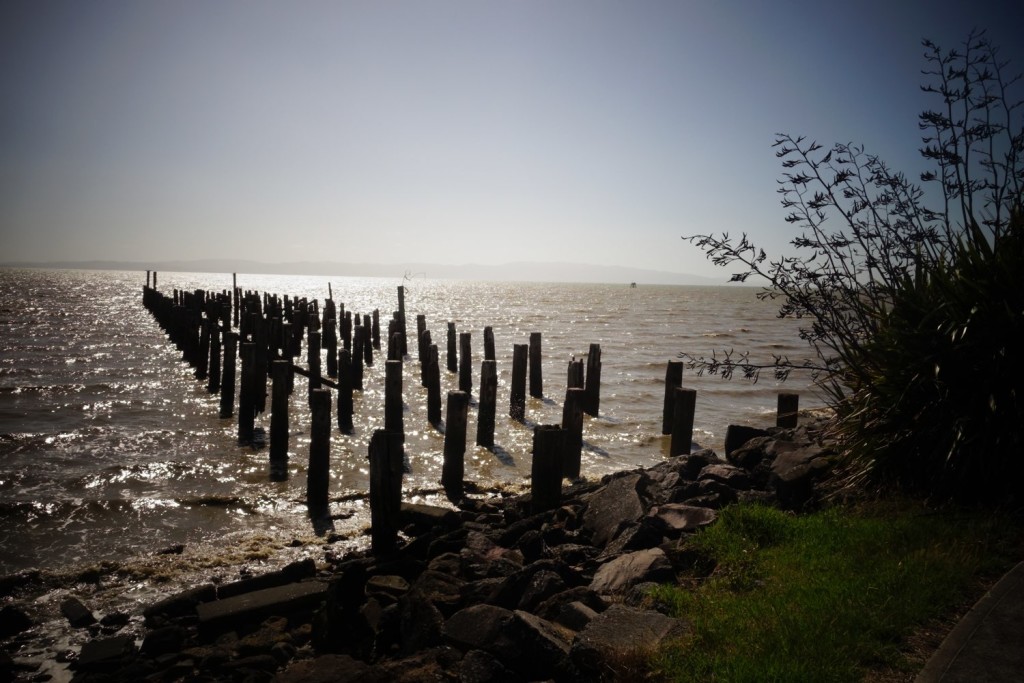 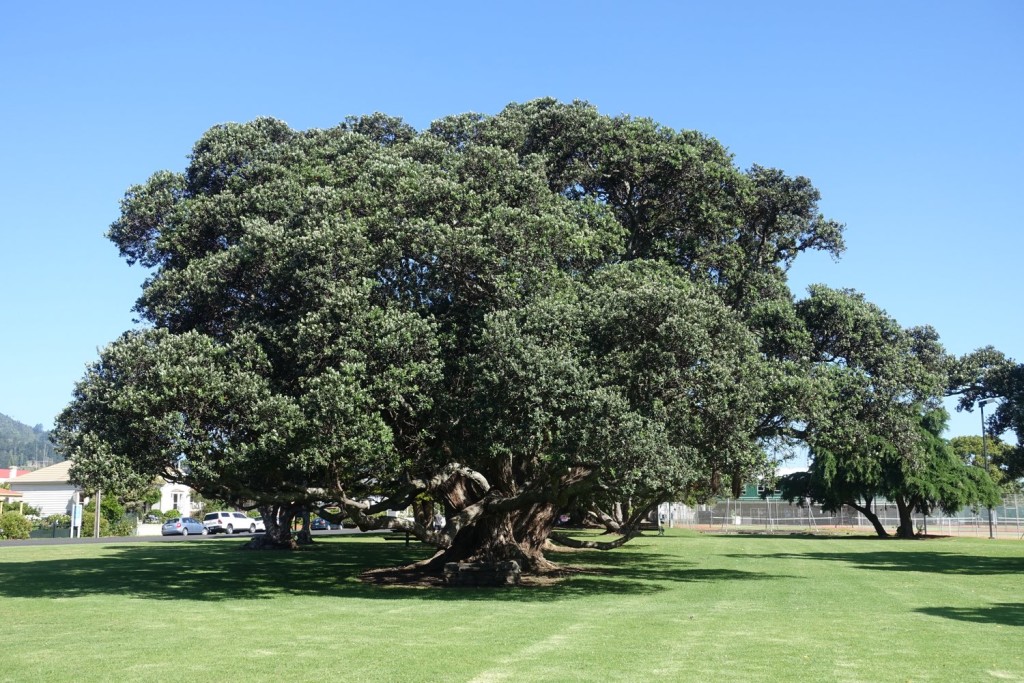 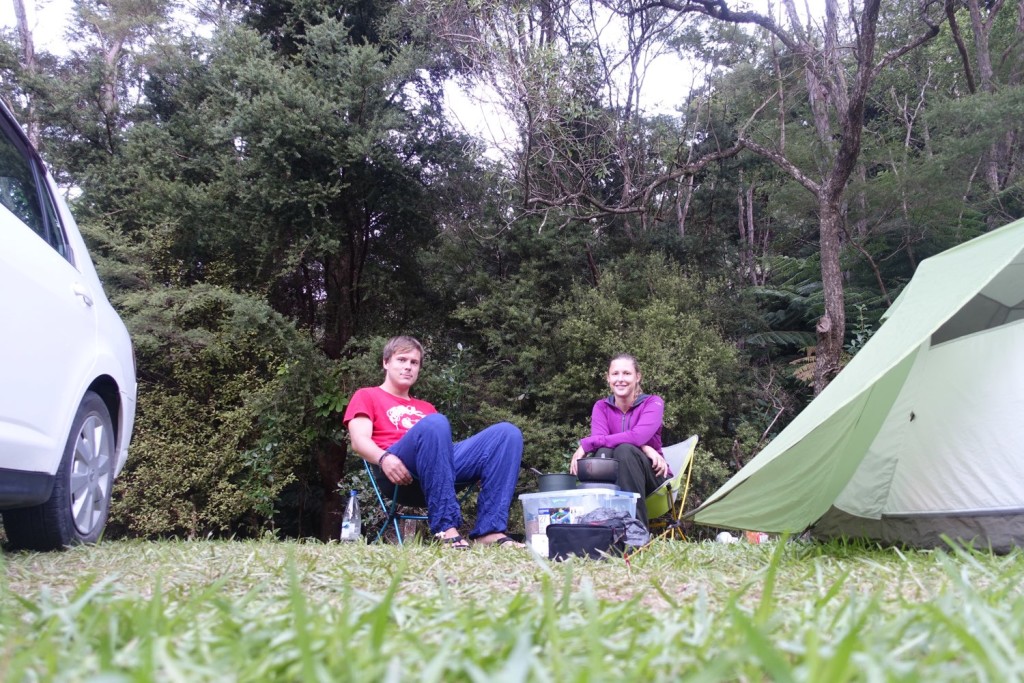 The next day we went to Cathedral Cove in Hahei where wind, sea and weather formed the rocks to an actual cave. After a short but nice walk down to the beach we could enjoy the scenery, although we were not alone at all as it was high season there. Nevertheless, beautiful! 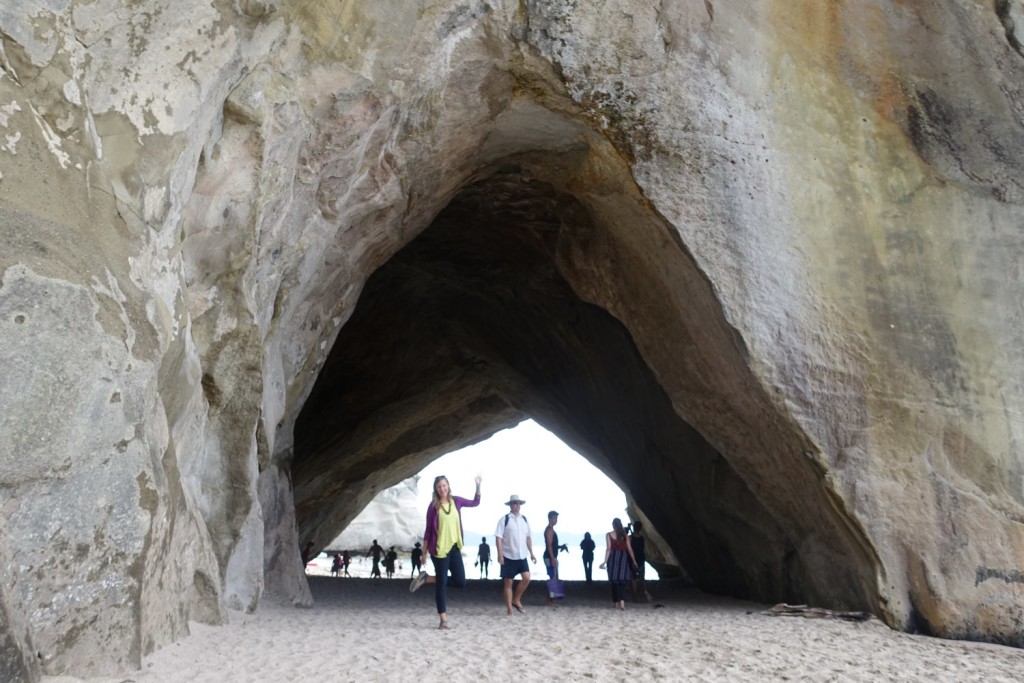 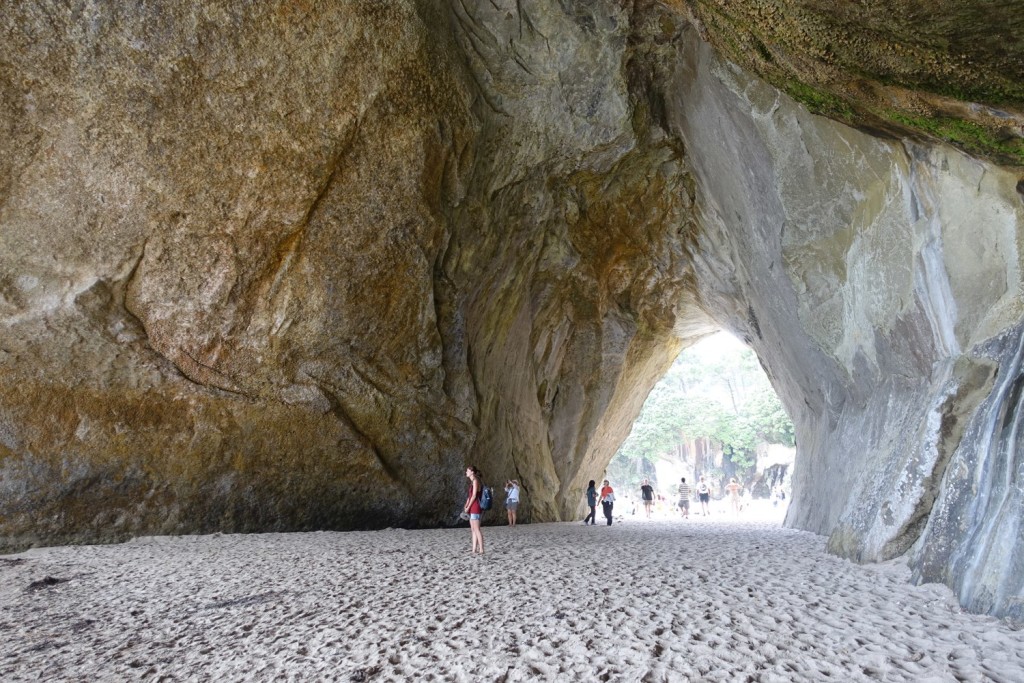 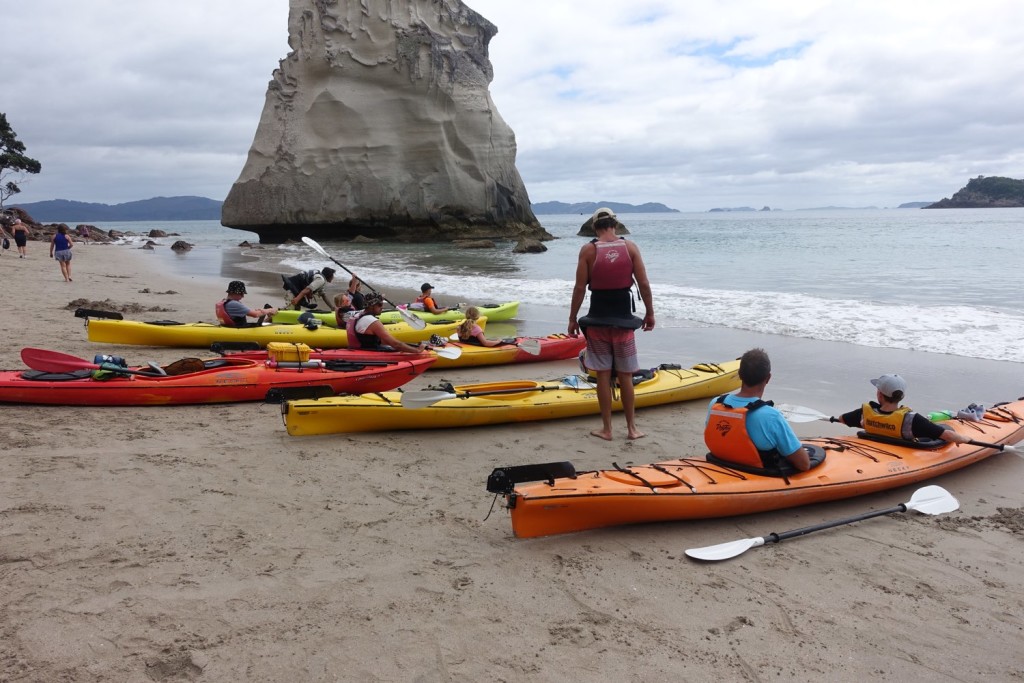 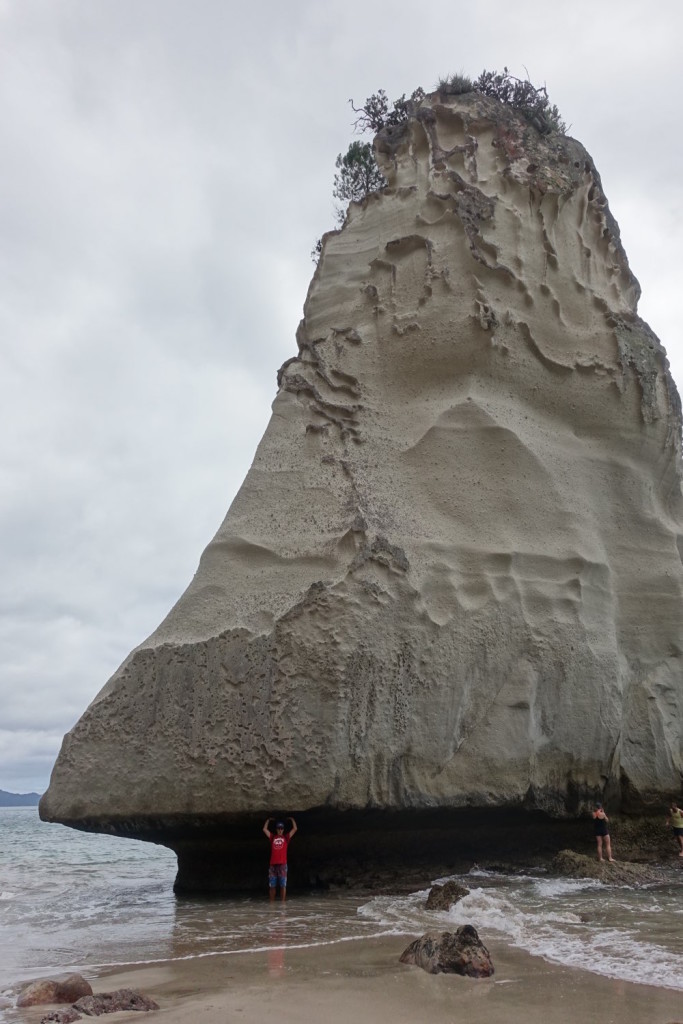 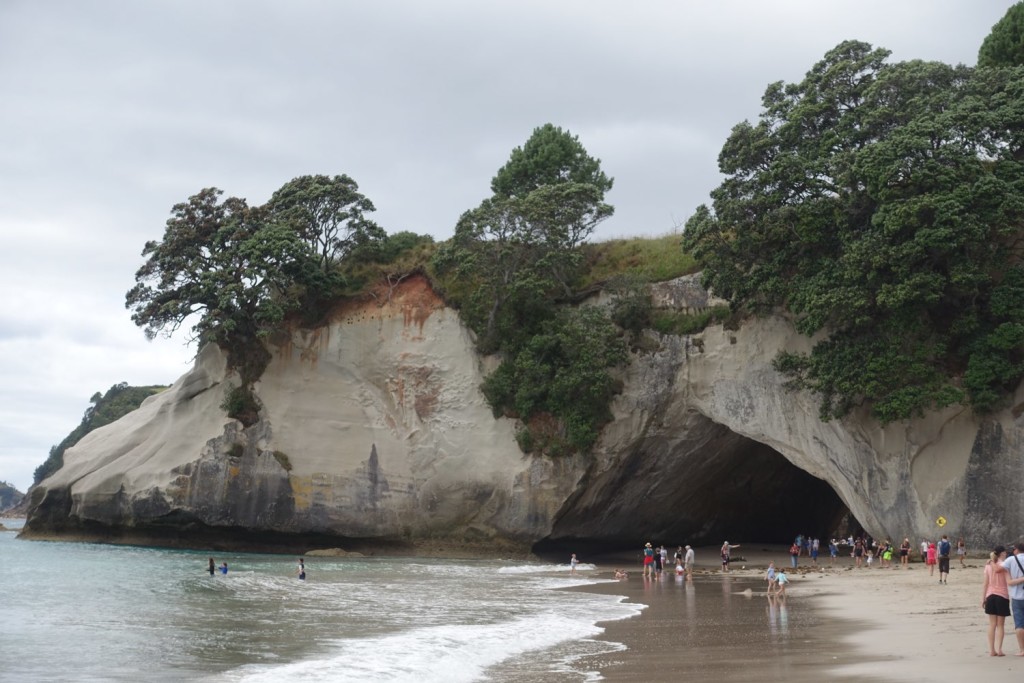 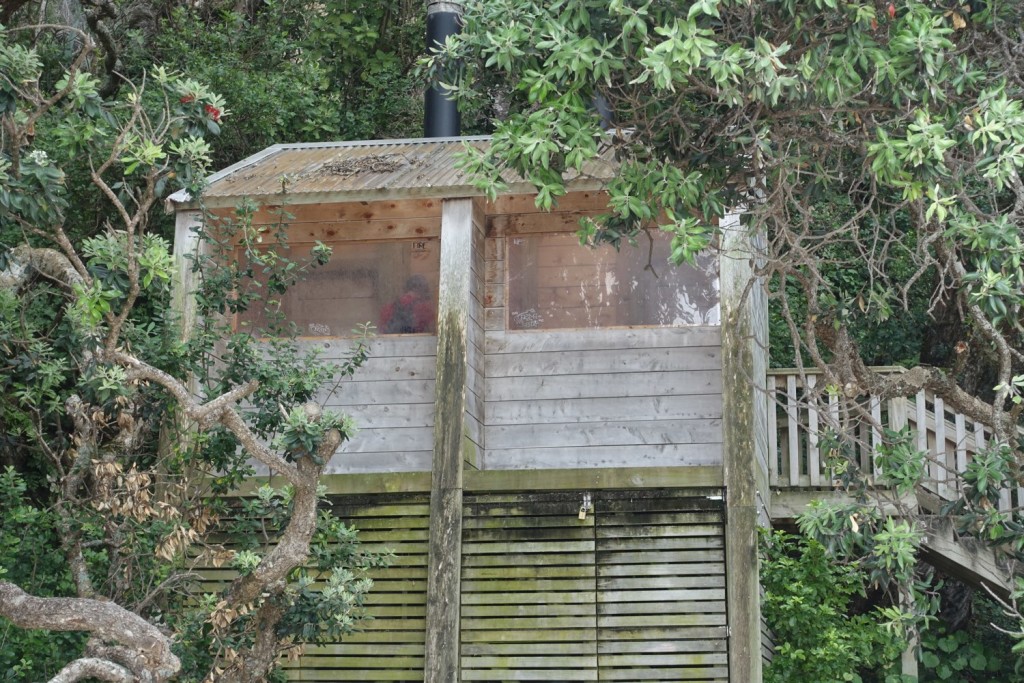 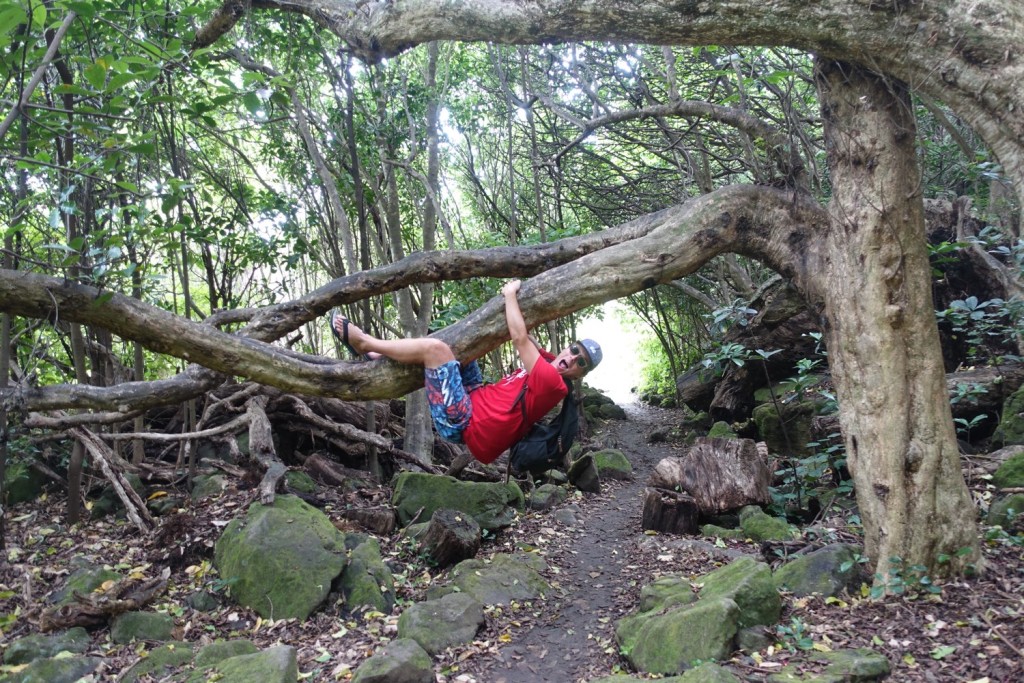 Afterwards we headed towards the Hot Water Beach nearby and took two young Germans with us who needed a taxi. In return they let us use their spade. 🙂 The only problem was that we weren’t alone there as well, it was a mass of people on the beach. Therefore it wasn’t really possible for us to enjoy the hot spring which goes there underground. However, we could feel the hot springs and they were really hot! 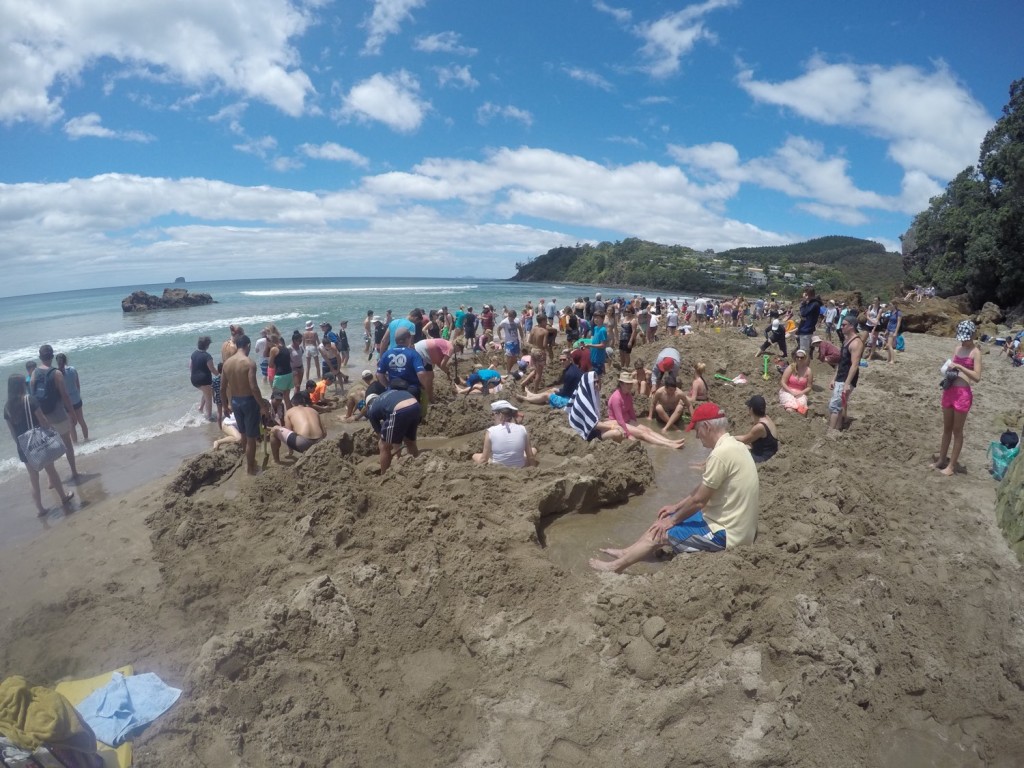 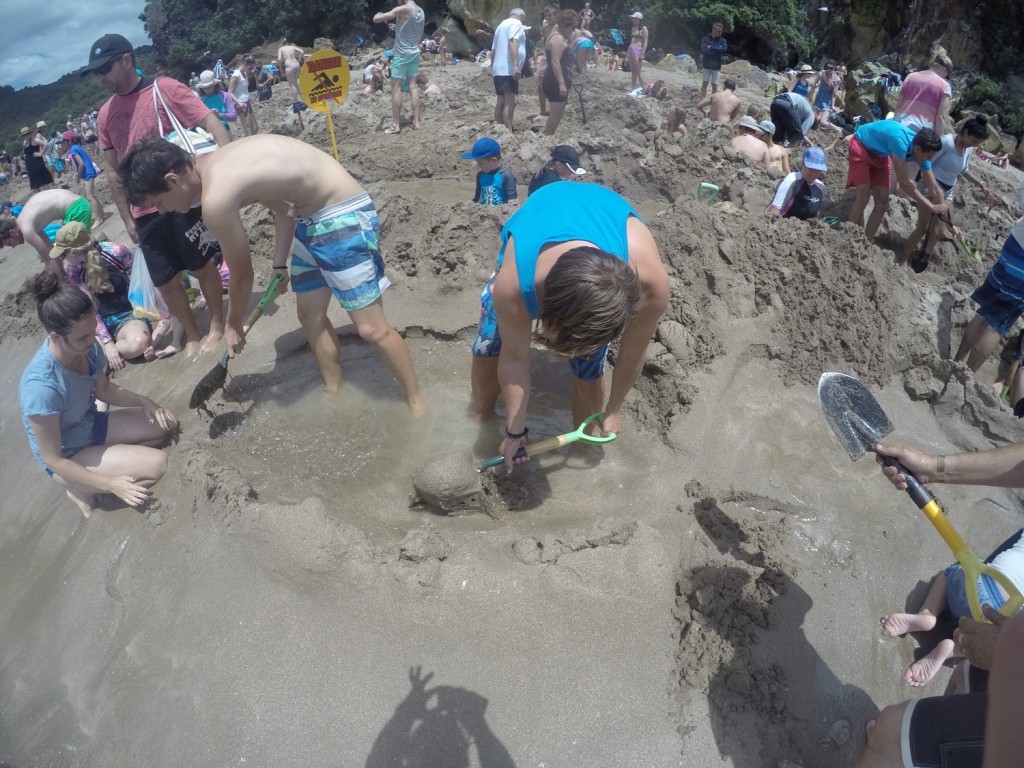 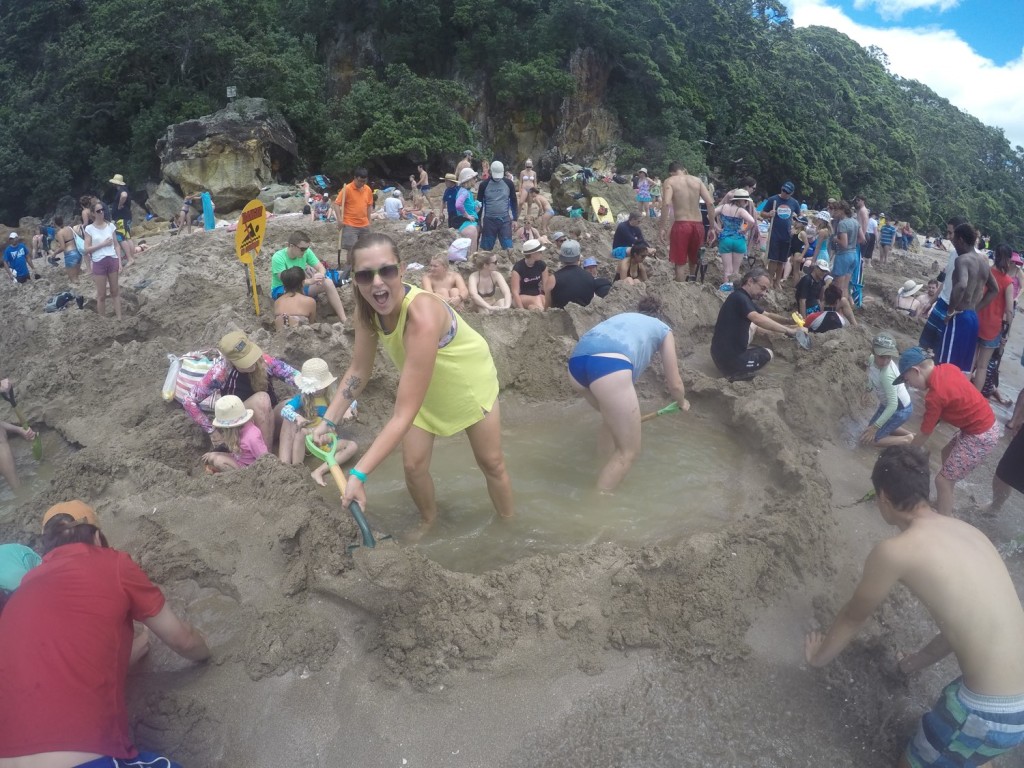 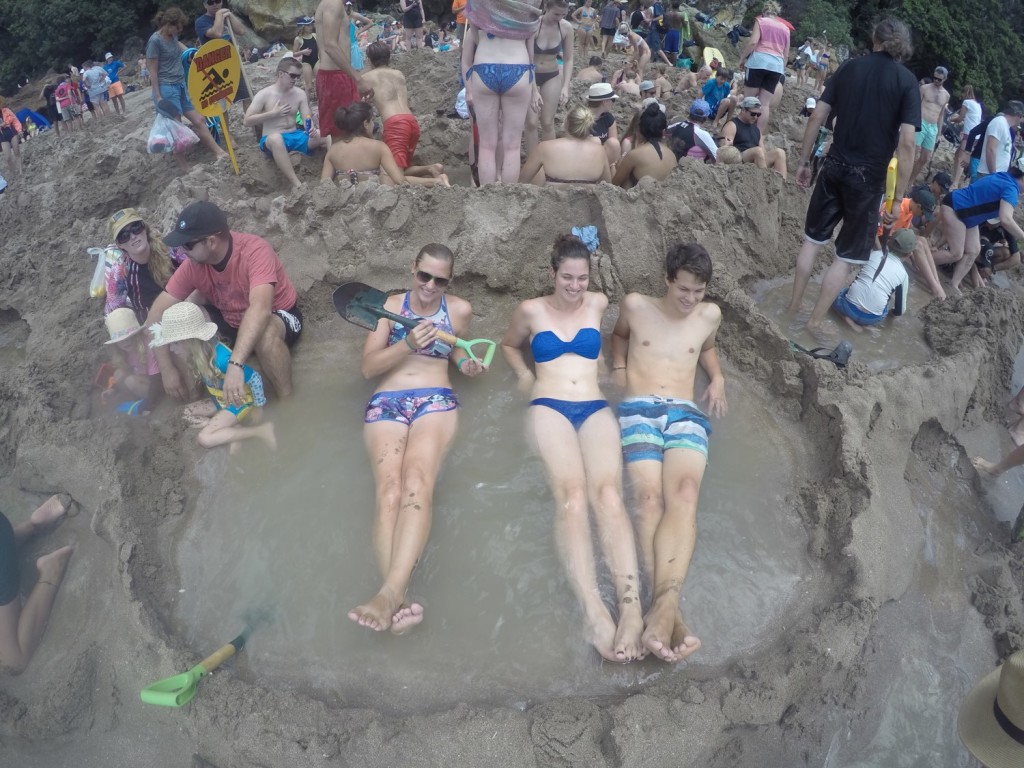 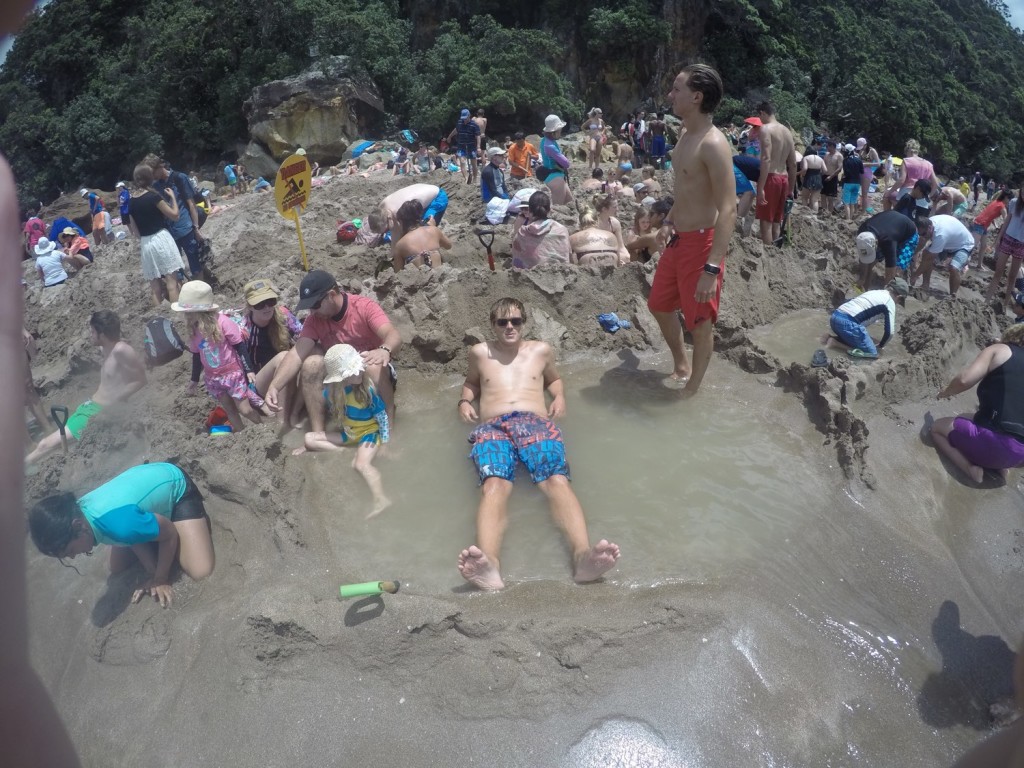 After we had brought the two Germans back to Hahei, we headed towards Coromandel town. On our way we found Stuart and his pigs again, who Stefan had visited already 2013. Soooo many pigs and also some really sall ones, very cute! But don’t mention the smell. 😉 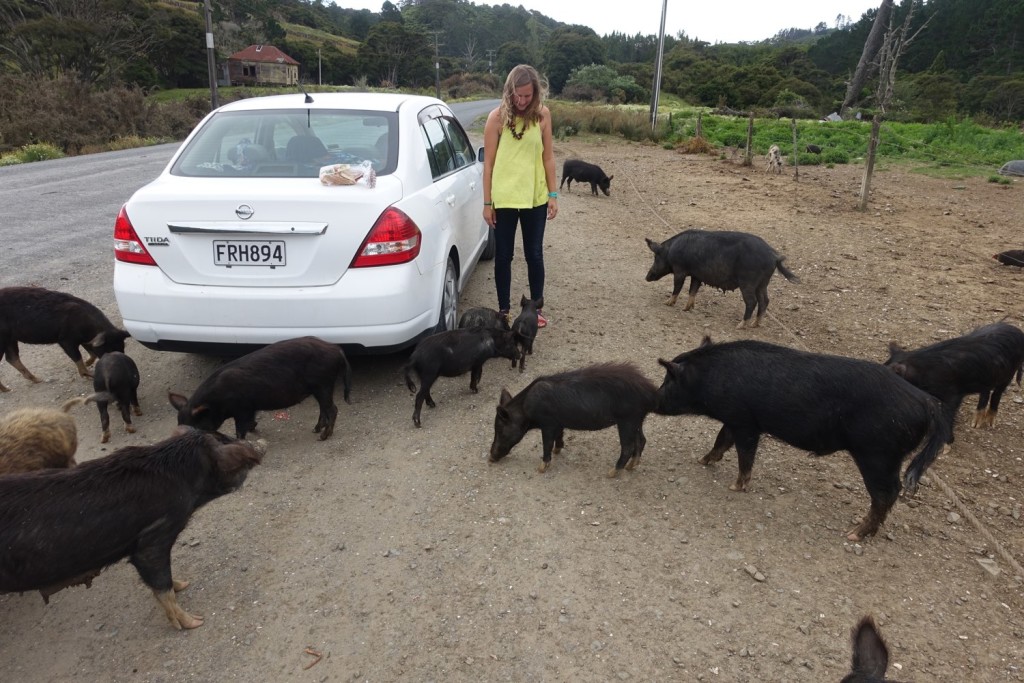 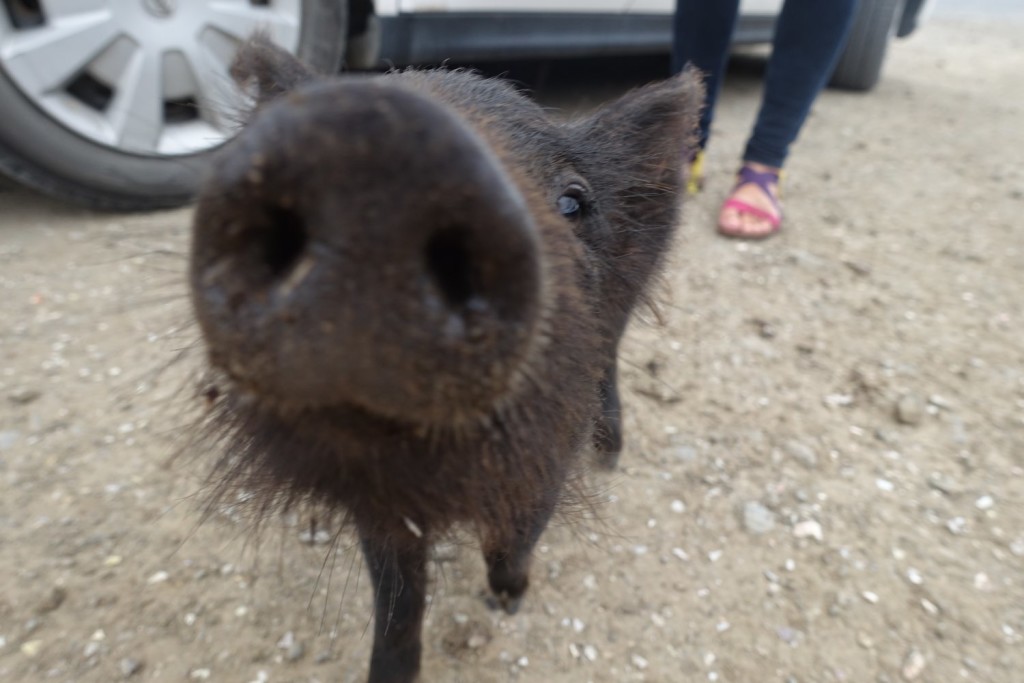 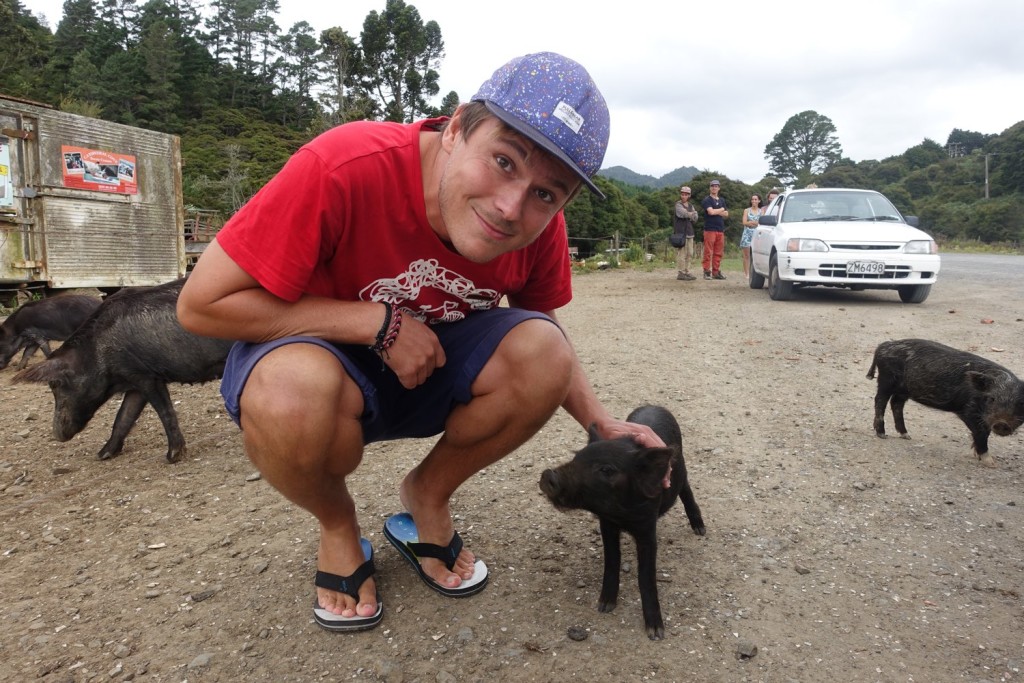 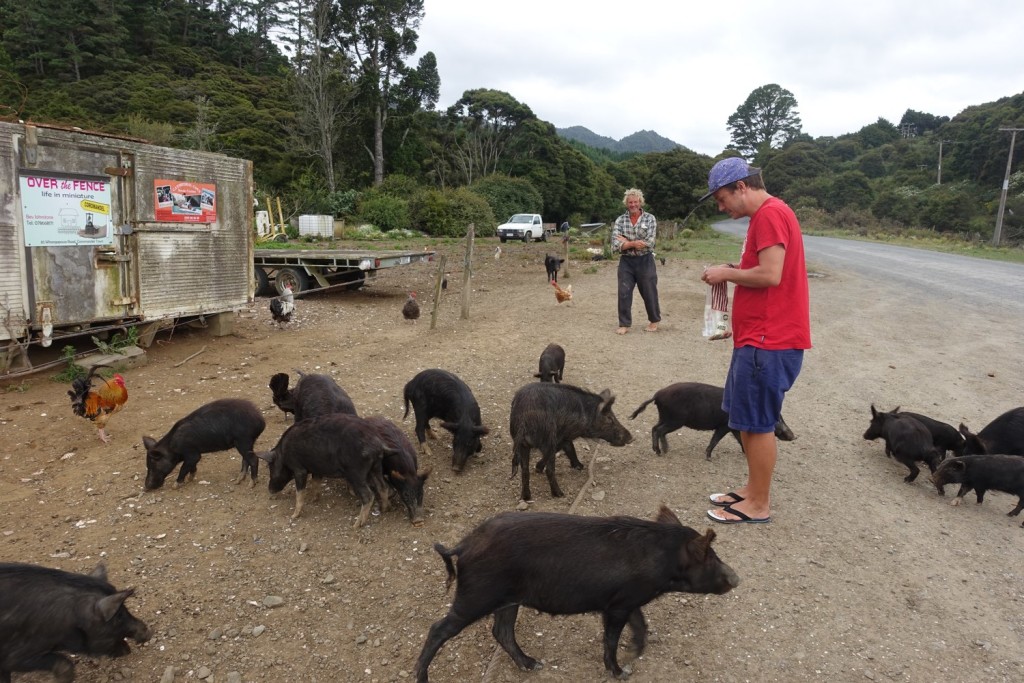 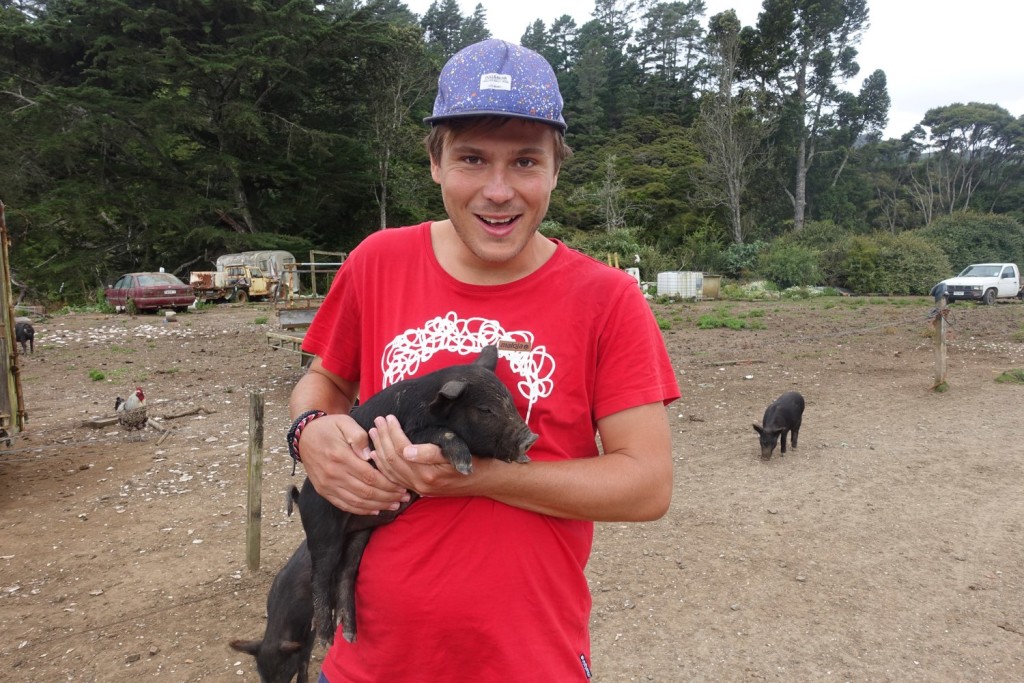 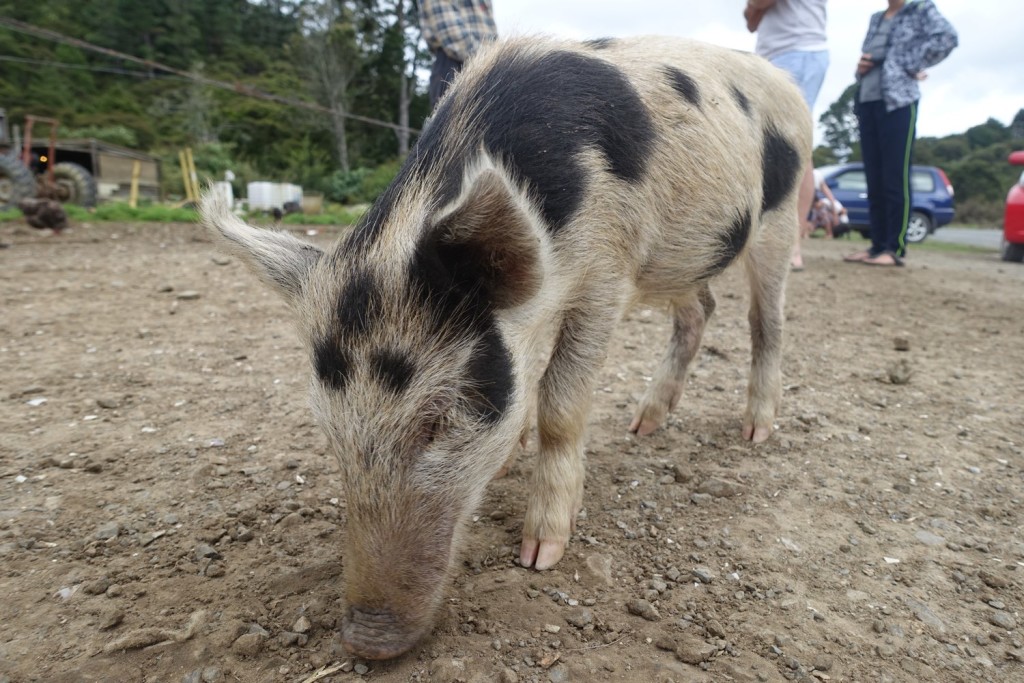 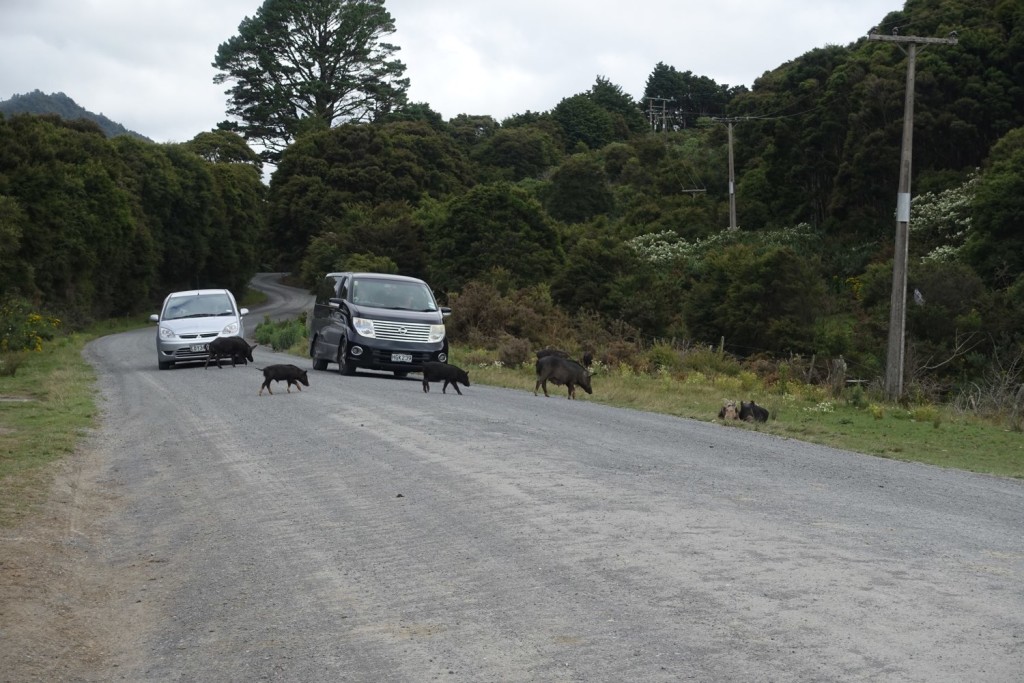 Also we could use a waterfall to take a short “shower” as the next camping site wouldn’t have a shower as well. Coromandel Town isn’t anything special at all. However, the Coromandel peninsula is very beautiful with its hills, forests, cows, sheep. But maybe that’s the case for most of New Zealand. 😉